Rajya Sabha Polls: Why Maharashtra Counting Was Delayed For Hours 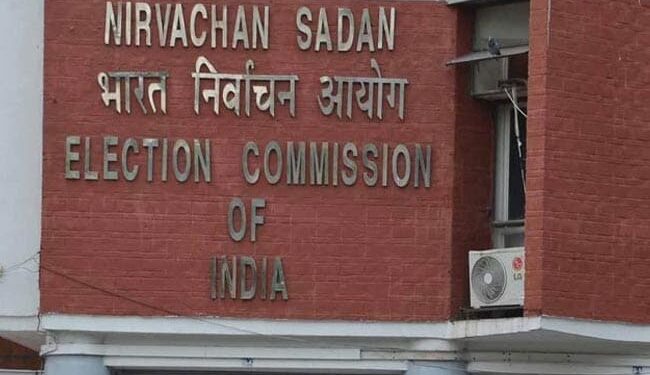 Counting of votes in Maharashtra Rajya Sabha election has been delayed

The counting for the election of six Rajya Sabha seats from Maharashtra was delayed for several hours on Friday as the BJP questioned the validity of the ballots of three MLAs of the ruling Maha Vikas Aghadi, or MVA, coalition, claiming the rules were violated. The vote count, which was scheduled to begin at 5 p.m. Friday, had not even started after midnight.

The MVA also attempted to invalidate two votes, one by a BJP MLA and another by an independent.

The BJP alleged that Mr Awhad and Mr Thakur gave their ballots to their party agents rather than just showing them, while Mr Kande reportedly showed his ballot to two different agents.

“The counting cannot start until the election commission has made a decision, because the winning quota cannot be determined until the number of valid votes has been determined,” a constitutional expert told PTI news agency.

Maharashtra has six Rajya Sabha seats. The BJP fielded three candidates, the Shiv Sena two and the Nationalist Congress Party, or NCP, and Congress one each.

However, a BJP delegation including Union ministers Mukhtar Abbas Naqvi, Gajendra Singh Shekhawat, Jitendra Singh and Arjun Ram Meghwal met with the election commission after the polls ended and requested an inquiry and cancellation of three votes.

In its memorandum to the election commission, the BJP said that in the case related to the 2017 election of Congress leader Ahmed Patel in Gujarat, the act of showing the ballot paper to anyone other than one’s own party’s election agent was invalid. makes the voice.

The head of the state congress, Nana Patole, said in a letter to the chief election commissioner that Mr Mungantiwar “made the voting process worse” by showing his ballot papers to people other than his own party’s election agents.

A total of 285 MLAs cast their votes in Maharashtra on Friday. There are seven candidates against six vacancies, leading to a contest for the sixth seat.

The number of first preference votes each candidate needs to win is 41, as the total number of voters fell to 285 from 288.

In Karnataka, three seats went to the BJP and one to the Congress. HD Kumaraswamy’s Janata Dal Secular is out, sources say.

The Congress has won three of the four Rajya Sabha seats in Rajasthan by cross-voting of BJP members. One seat has gone to the BJP.

In Rajya Sabha, 57 seats in 15 states had become vacant. The maximum, 11, is in Uttar Pradesh. It is followed by Maharashtra and Tamil Nadu (6 each), Bihar (5), Karnataka, Rajasthan and Andhra Pradesh (4 each), Madhya Pradesh and Odisha (3 each) Punjab, Jharkhand, Haryana, Chhattisgarh and Telangana (2 each) and a chair from Uttarakhand. Forty-one candidates were elected unopposed.