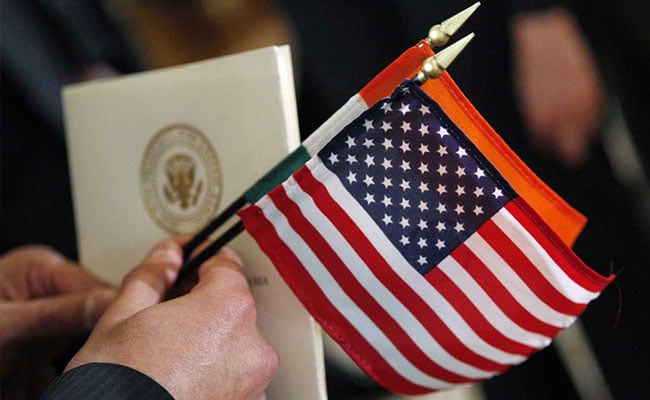 The move came from a US presidential commission at a meeting at the White House. (representative)

A presidential commission for Asian Americans and Pacific Islanders has unanimously approved a recommendation to stamp H-1B visas within the US. India.

The H-1B visa is a non-immigrant visa that allows U.S. companies to employ foreign workers in specialized occupations that require theoretical or technical expertise. Technology companies depend on it to hire tens of thousands of workers each year from countries like India and China.

Current mandatory practice requires one to obtain a visa stamp from a US consulate or embassy abroad before one’s H-1B status can be activated.

The move came from the president’s advisory committee for Asian Americans, Native Hawaiians and Pacific Islanders at its meeting at the White House on Wednesday.

In particular, a large number of them, new or waiting for the renewal of H-1B visas, face uncertainty due to lengthy visa application deadlines in countries such as India, where the current waiting period is more than a year. A recommendation was moved by Indian American Ajay Jain Bhutoria, a member of the committee.

“As part of our immigration process, H-1B visa holders will be given the opportunity to work here in the United States and contribute to the growth of our economy, innovation and economic development,” Mr Bhutoria told members of the U.S. the Commision. , which was broadcast live from the White House.

“There are situations where many people, whose parents have been in ICU or in critical condition or their parent’s death, but are unable to travel back to their home country for fear that if there are frequent delays in visa appointments in the home countries,” he said.

“In India at the moment the waiting time is 844 days to get a visa appointment which is about two years or more. A similar situation exists in Pakistan, Bangladesh and many other countries. China is much better now. So they can’t get an appointment and they can’t get stamps and they get stuck,” said Mr Bhutoria.

Based in Silicon Valley, Mr. Bhutoria is a successful entrepreneur and has been a supporter of President Biden from day one of his campaign.

“What happens then, they might lose the job. Wife and children are separated here and have no means to support themselves or often husbands do not drive. Many of these situations disrupt their lives while giving them full opportunity to work legally here,” he argued.

This recommendation basically says that the USCIS (US Citizenship and Immigration Commission) needs to update its policy, as it did many years ago to provide guidelines to allow the renewal and stamping of visas in the US by USCIS, it said. he.

“It’s been done before. It has stopped,” he added.

“This recommendation is to request USCIS to allow stamping in the US. Alternatively, USCIS should also consider providing advanced travel documents to these visa holders when they leave the country with expired visa stamps, so that they can re-enter the US without having to re-stamp in their home country,” Mr Bhutoria said.

Several members of the committee described this as a matter of family separation and mental health.

Chief Commissioner Sonal Shah, an Indian American, said this is a matter of family separation and the dignity of H-1B visa holders.

“That’s an easy way to instill fear in families,” she said.

“One of the comments I want to make here is that I think this is generally in line with the committee’s thinking about dignity for people, and how we can make it easier and a dignified process and a dignified approach. It’s one thing to have rules, it’s another not to preserve the dignity of families and individuals,” said Ms Shah.