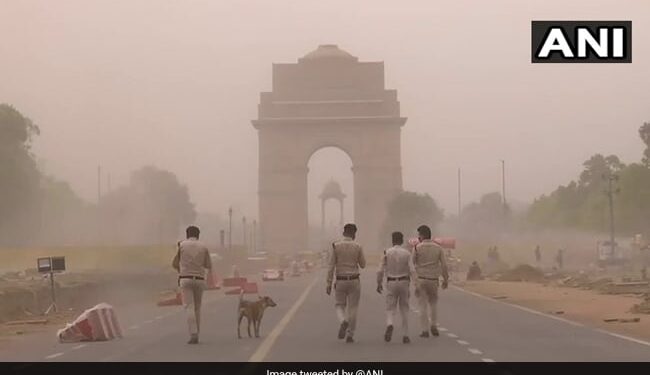 Action is taken against proponents of projects that violate this direction. (File)

The minister said government officials have so far inspected 6,868 construction sites as part of the antibody campaign on Oct. 6. “A total of 253 warnings/challenges have been issued and a fine of Rs 32.4 lakh has been imposed on violators,” he said.

User bureaus of construction and demolition projects larger than 500 square meters are required to register them on the Construction and Demolition Portal (C&D) launched last October in an effort to control dust pollution in the capital.

The project’s proponents are required to self-check that they meet dust control standards and upload a self-declaration on the portal every two weeks.

In September, the Delhi government also mandated the installation of anti-smog guns at all construction and demolition sites larger than 500 square meters.

Action is taken against proponents of projects that violate this direction.

In the past, construction and demolition sites had to install more than 20,000 anti-smog guns to combat dust pollution.