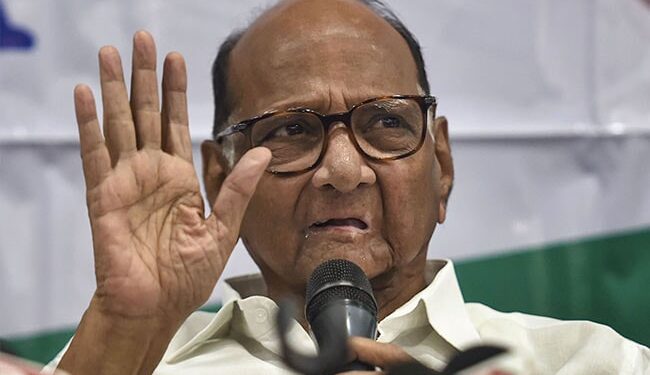 Nationalist Congress Party (NCP) leader Sharad Pawar said on Sunday there are likely to be interim polls in Maharashtra as the government led by rebel leader Shiv Sena Eknath Shinde could fall in the next six months. He made the statement while addressing NCP lawmakers and other party leaders in Mumbai that evening.

“The newly formed government in Maharashtra could fall in the next six months, so everyone should be ready for mid-term polls,” quoted an NCP leader who attended the meeting, Mr Pawar.

“Pawar said many rebel lawmakers who support Shinde are not happy with the current arrangement. Once the ministerial portfolios are divided, their turmoil will come out, ultimately resulting in the collapse of the government,” he said.

Mr Pawar also pointed out that the failure of this experiment will result in several rebel MLAs returning to their original party. If we only have six months in our hand, NCP lawmakers should spend more time in their respective parliamentary constituencies, he said.

Mr Shinde was sworn in as Chief Minister of Maharashtra on Thursday following the collapse of the Shiv Sena-NCP Congress government, while senior BJP leader Devendra Fadnavis was sworn in as Mr Shinde’s deputy.

About 40 Sena MLAs led by Mr Shinde rioted against the party leadership, ultimately resulting in the collapse of the Uddhav Thackeray-led Maha Vikas Aghadi (MVA) government on Wednesday.