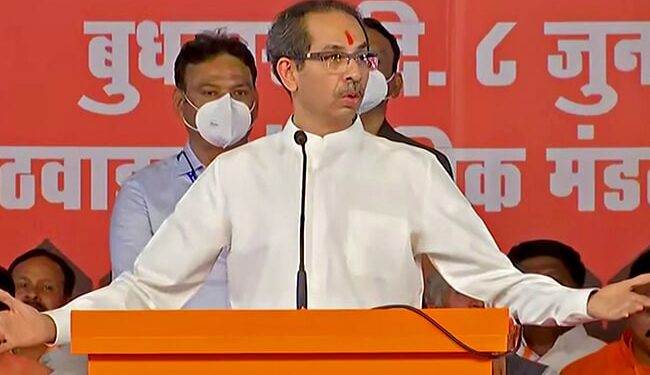 The Maharashtra Legislative Council (MLC) biennial elections on Monday will witness another contest between the BJP and Congress after the recently concluded Rajya Sabha elections.

A total of 11 candidates will compete for 10 MLC seats, with the Maha Vikas Aghadi (MVA allies) – Shiv Sena, NCP and Congress – fielding two candidates each. The BJP has nominated five candidates.

While nine candidates are assured of a win given their current strength in the state assembly, the main contest will be between the Mumbai Congress president Bhai Jagtap and BJP’s Prasad Lad for the 10th seat.

In the Rajya Sabha polls held on June 10 for six seats, the BJP led by Devendra Fadnavis secured all three seats by pursuing MLAs from smaller parties and Independents and through clever vote allocation.

Uddhav Thackeray radiated confidence on Sunday that there will be no split in the MVA and ruled out any chances of cross-voting in the MLC polls.

“The defeat in the Rajya Sabha polls was unfortunate. Shiv Sena’s votes were not divided in the RS polls. We have an idea of ​​what went wrong. The MLC elections will show that there is no division among us is,” he said. ‘ said Mr Thackeray.

The effective strength of the 288-member Maharashtra House has been reduced to 285 as three MLAs will not vote today.

While a Shiv Sena MLA Ramesh Latke recently died, two NCP MLAs Anil Deshmukh and Nawab Malik – who are currently in prison – were not granted permission by the Bombay High Court to vote in the MLC polls.

Each candidate will need the support of at least 26 MLAs to win, and the 29 MLAs from smaller parties or independents will play a vital role in the election.

With 106 lawmakers, BJP can comfortably win four out of five seats. But for the fifth seat Prasad Lad is fighting for, the party needs the support of defectors and independents.

The Sena with 55 legislators and NCP with 51 MLAs can easily win their two seats respectively, while Congress with only 44 MLAs needs at least eight first-preference votes from Independents and other smaller parties to run its second candidate Bhai Jagtap.