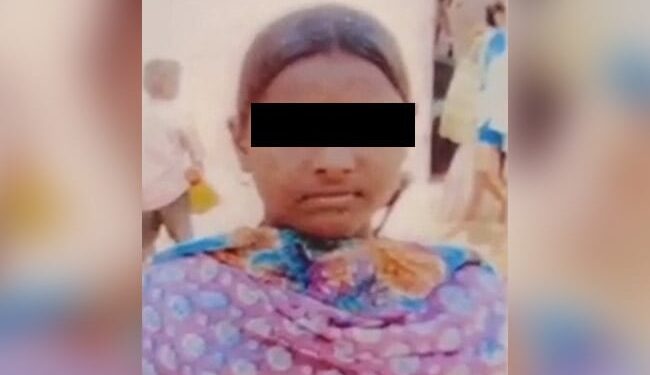 Meena Khalkho was killed on July 5, 2011 in an encounter near Chando village in Balrampur district.

Two police officers, charged with the death of a tribal girl in an alleged fake encounter in 2011, were acquitted by a court in Chhattisgarh despite “wide suspicion” after the prosecution failed to present strong evidence against the accused. The acquittal of the two officers was greeted with shock and sadness by the girl’s family, who say they do not have the resources to continue the case.

“Despite being widely suspected of committing the offense by the accused, the court could not convict the accused solely on the basis of misrepresentation that resulted in a lack of evidence, which was necessary to convict the accused,” it said. Shobhna Koshta, Judge of Raipur Session. said as he acquitted the two officers – Dharmdutt Dhaniya and Jeevan Lal Ratnakar.

Dharmdutt Dhaniya is currently seconded to the National Security Guard (NSG) and Jeevan Lal Ratnakar works as an officer in the Chhattisgarh Armed Police Force.

Meena Khalkho, 16, was killed on 5 July 2011 in an encounter by a joint team of Balrampur District Police and Chhattisgarh Armed Forces near Chando village in Balrampur district. While police claimed she was a Maoist, villagers said the girl was raped and killed by police.

Her autopsy had confirmed injuries to her genitals, the presence of semen on her clothing, and the possibility of multiple intercourse.

After a public outcry, a judicial commission headed by the district judge was set up to investigate the incident.

In her 2015 report, Judge Anita Jha confirmed that Meena was killed by a police bullet, and also raised serious questions about police allegations of an encounter and that the underage girl was a Naxalite. The 45-page report submitted in the state assembly rejected the police version that she was a Maoist, stating she was “killed by a police bullet”, and the injuries to her body suggested “forced intercourse with her”.

The commission advised the government to order another investigation, after which the state Crime Investigation Department has filed a new case under IPC Sections 302 (murder) and 34 (common intent) in the case. Later, 3 police personnel including Dharmdutt Dhaniya, Jeevan Lal Ratnakar and Chando station charged with Nikodin Khes (who died in the trial) were booked under IPC 302.

The tribe girl’s family says they are tired of the legal battle. “The police officers shot her dead after her rape, but all we can remember is her, what else can we do,” Meena’s mother Gutiyari Khalkho told DailyExpertNews.

Meena’s sister-in-law Kalwanti Khalkho said: “That day she had gone to her friend’s house, we thought it was dark so she must have stopped at her friends’ house, but the next day we heard that she had been murdered. She raped and murdered her and later called her a Maoist. They should have been punished, but we don’t have the resources to continue the case now.”