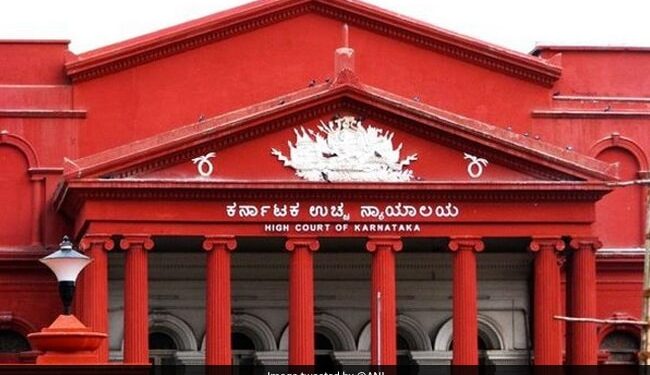 The court convicted the woman in 2017 under Article 302 of the IPC.

Karnataka’s Supreme Court has overturned a life sentence for an Andhra Pradesh woman who allegedly murdered her two-month-old daughter, and ordered her release from prison.

The fourth additional district and trial judge, Madhugiri in Tumakuru district on July 22, 2017, sentenced Kavitha, of Madakasira in the Sri Sathyasai district of Andhra Pradesh, under Section 302 (punishment for murder) of the Indian Penal Code, to serve a life sentence for murder.

Kavitha and her husband Manjunatha had come to a hospital in Koratagere, Tumakuru, Karnataka to treat their child with respiratory problems and epilepsy. Kavitha was also unable to feed her baby.

Manjunatha complained to local police that Kavitha threw the baby into the Suvarnamukhi River on the outskirts of the city on August 24, 2016. The investigation and trial led to her conviction by the court in 2017.

In total, 15 witnesses and 16 documents were used by the prosecution to reach the conviction.

However, the Supreme Court of Justice, made up of Judge K Somashekar and Judge Shivashankar Amarannavar earlier this month, allowed the woman’s appeal, quashed the conviction, acquitted her and also ordered her release.

“In the present case, the importance of corroborating the evidence facilitated by the prosecution must be positive, convincing, consistent and probable that the accused committed the murder of the deceased,” the Supreme Court said in the verdict.

However, “in the present case, although the Prosecution submitted PW.1 to PW.15, but no valuable evidence has been provided by the prosecution to secure the conviction of the accused for the offense under Section 302 of the Indian penal code,” it read.