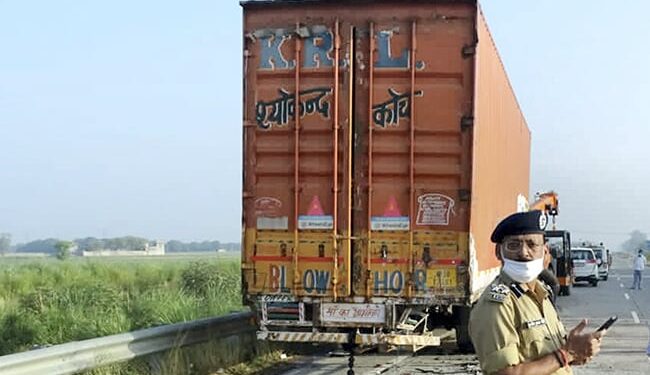 Five members of a family, including two children, died and six others were injured after their speeding car crashed into a stationary truck on the Bulandshahr-Meerut highway in Uttar Pradesh this morning, officials said.

The family was on their way to the Kedarnath Shrine in Uttarakhand when the accident happened in the Gulawathi area of ​​Bulandshahr around 4:30 am, officials said.

Eleven members of the family were in a Mahindra Scorpion that hit the truck, leading to the deaths of two children, a woman and two men at the scene, District Magistrate Chandra Prakash Singh said.

Three of the injured have been referred to a medical college in Meerut, he said.

The district magistrate said he was on the scene along with Chief Inspector of Police Santosh Kumar Singh to oversee the relief measures.

UP Chief Minister Yogi Adityanath offered condolences to the loss of life in the accident and instructed officials to ensure the best treatment for the injured.