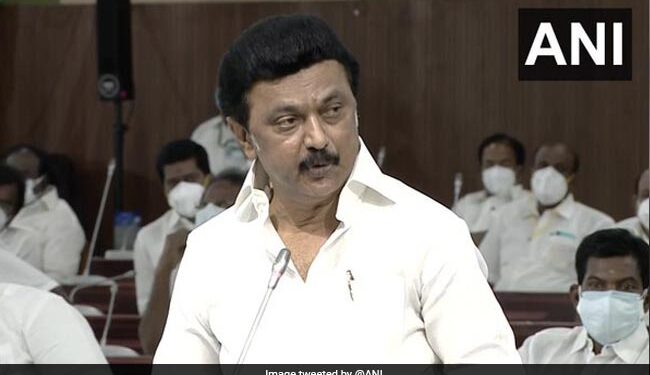 The Tamil Nadu Assembly has passed a resolution against the “imposition” of the Hindi language. (File)

The Tamil Nadu Assembly today passed a resolution against the “imposition” of the Hindi language and urged the Center not to implement the recommendations of the Parliamentary Committee on Official Language’s report.

The resolution, which was drafted by Prime Minister MK Stalin, stated that the recommendation presented to the President on 9 September is contrary to the state languages, including Tamil, as well as to the interests of the people who speak those languages. .

“The House expresses its concern that the parliamentary committee’s recommendation, which has now been tabled, contradicts the bilingual policy resolution moved and passed by Perarignar Anna in this lofty House, contrary to the promise made by the then Prime Minister Thiru Nehru to the non-Hindi-speaking states and oppose the use of English as an official language as guaranteed by the resolutions passed in 1968 and 1976 on the official language,” the resolution said.

The resolution was passed unanimously by the House.

AIADMK leader O Panneerselvam said his party was in favor of the Tamil and English bilingual policy in the state.