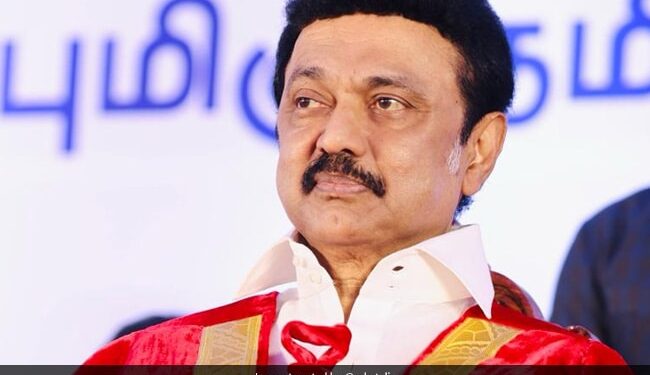 Dravida Munnetra Kazhagam (DMK) of Tamil Nadu will hold statewide public meetings on Nov. 4 to discuss and approve the resolution passed in the Tamil Nadu assembly against the ‘imposition’ of Hindi language in the state. lights, officials said.

During the public meeting, the speakers will explain the resolution passed in the TN meeting against the “imposition” of the Hindi language, which urged the Center not to implement the recommendations of the parliamentary committee report on official language .

Earlier on October 13, the youth and student wing of the ruling DMK announced a nationwide protest in Tamil Nadu against the Centre’s imposition of Hindi.

In addition, the chief minister of Tamil Nadu, MK Stalin, condemned the Center against the alleged imposition of the Hindi language. Stalin, in his statement, listed the sacrifices young people have made in history against “Hindi imposition” and said “not to impose another language war on us”.

On Oct. 10, Stalin tweeted: “The BJP government’s rigorous thrust of the Union’s #HindiImposition, denying India’s diversity, is happening at an alarming rate. The proposals in the 11th part of the report of the Parliamentary Committee on official language are a direct attack on the soul of India.”

“If implemented, the huge non-Hindi speaking population will become second-class citizens in their own country. Imposing Hindi is against the integrity of India. The BJP government would do well to learn lessons from the anti -Hindi movements in the past,” Stalin added in his tweet.