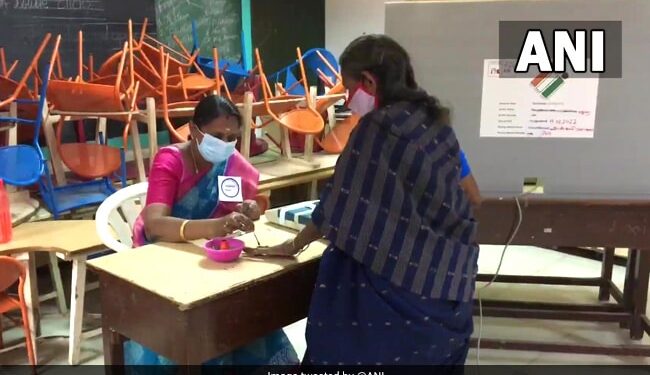 A turnout of just over 35 percent of voters was reported in the polls of Tamil Nadu’s urban local bodies, being held today after a 10-year hiatus. The data was released by the state election commission at 1 p.m. The state capital of Chennai registered the lowest turnout at 23.42 percent, while in Namakkal 50.58 percent of voters exercised their right to vote until 1:00 PM.

The voting for the municipal elections takes place in one phase. The elections were scheduled for October 2016 but had to be postponed in the wake of the Madras High Court’s direction.

According to the Tamil Nadu State Election Commission, voters with Covid-19 symptoms and infected persons are allowed to vote between 5:00 PM and 6:00 PM.

After scoring a hat-trick by winning Lok Sabha, national local and parliamentary elections, Prime Minister MK Stalin is aiming for a fourth straight victory for his DMK, the ruling party in Tamil Nadu.

Before the election, Stalin reiterated that his government would soon announce the Rs 1000 monthly cash payout for women.

Although it is a local poll that should focus on local social issues, this time the DMK has taken up national issues such as federalism and state autonomy.

The opposition AIADMK is targeting the ruling party for failing to deliver on its promises made last year.