Taxpayers are respected when projects are completed on time: PM Modi 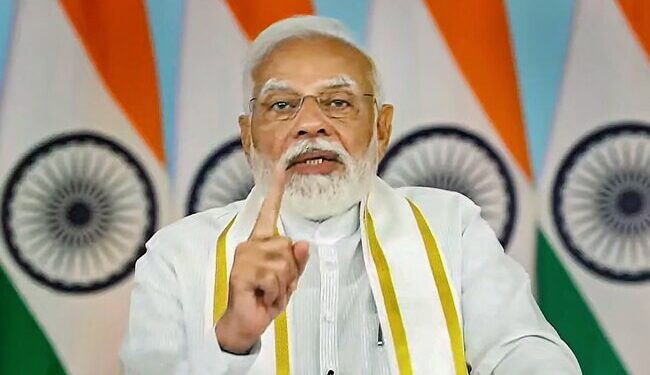 Prime Minister Narendra Modi said today at Vanijya Bhawan’s inauguration that taxpayers are respected when projects are completed within the deadline.

“When government projects are completed on time, the plans reach the target, they are nothing but respecting the country’s taxpayers. Under Prime Minister Gati Shakti’s national master plan, we now have a modern platform… Taking into account the ambitions of the new India, this building will have to give a boost to all aspects of development,” said Prime Minister Modi.

Furthermore, he said that the benefits of the government schemes that reach all parts of the population, without discrimination of any kind, can only guarantee:Sabka Vikas‘ or well-being for all.

Referring to previous governments, he said projects had been announced earlier because of “political importance”, but there were no guarantees about their implementation.

“They were not serious about the completion of the projects. This new building (completed on time) is an example of how we have changed the mindset,” said PM Modi.

Furthermore, he reiterated that this government has removed more than 32,000 non-essential compliances, which is key to promoting ‘Ease of Doing Business’ in the country.

Talking about the Gem portal, a short form of one-stop Government e-Market Place, which currently has 45 lakh small businesses registered, he said that the order value in the platform has increased from 9,000 crore to now more than 2.25 lakh crore.

Considering the benefits of the ease of doing business in the country, he said there were fewer than 500 registered FinTech start-ups in the country until 4 years ago, which has now risen to more than 2,300.

In the same period, the number of recognized start-ups per year has increased from 8,000 to more than 15,000 units.

In addition, he added that exports are vital to a country’s progress and initiatives such as “Vocal for Local” have also accelerated the country’s exports, he said. Despite global disruptions last year, India exported a total of $670 billion or Rs 50 lakh crores.

In that context, Prime Minister Modi urged exporters to set not only a short-term export target, but also a long-term target, which also includes a sound roadmap to achieve the achievement, citing that exports play a crucial role for the developing countries to a developed one.

In the past eight years, India has also continuously increased its exports and achieved export targets. Better policies to increase exports, ease the process and bring products to new markets have helped a lot, he added.