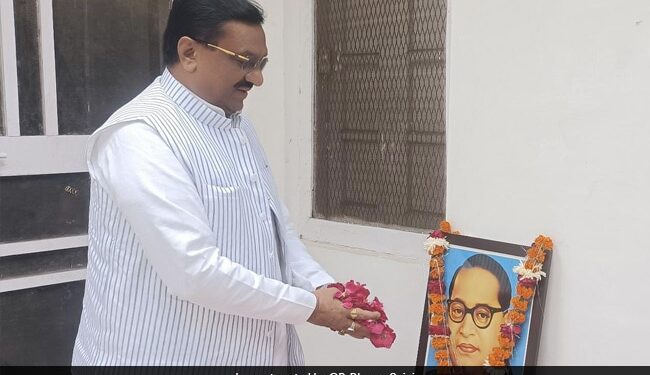 Dharam Singh Saini, previously with the BSP, had joined the BJP in 2016.

In the latest blow to the BJP ahead of the parliamentary elections, minister and OBC leader Dharam Singh Saini has resigned from the state cabinet.

Saini, a four-time lawmaker from Nakud in Saharanpur, is the third state minister to resign in the past three days and the eighth MLA to say goodbye to the ruling party in what is seen as a crucial turnaround in the run-up to a crucial election.

Mr Saini, previously with the BSP, had joined the BJP in 2016 with former UP minister Swami Prasad Maurya, who left the cabinet the day before announcing that “everything will be revealed on Friday”, sparking speculation in political circles. circles.