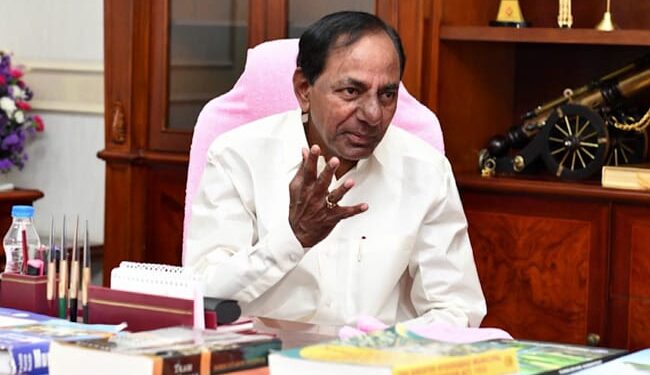 Telangana’s government would buy paddy rice that has become wet from the recent rains and farmers don’t have to worry about it, Prime Minister K Chandrasekhar Rao said on Wednesday.

Mr Rao, who held a review meeting on the paddy purchase, asked officials about jute bags, transportation and other aspects of the matter, an official release said.

The Chief Minister ordered to accelerate the purchase of paddy rice as the rainy season approaches.

Rao noted that appropriate precautions should be taken as the harvested paddy rice gets wet due to the unusual rains in some places in the state, and said the state government would buy wet paddy rice down to the last grain regardless of the expenditure.

Mr Rao reiterated that the state government would buy cooked rice from farmers without worrying about spending and whether the Center bought the grains or not, the release said.

The opposition congress has attacked the TRS government for causing inconvenience to farmers against the backdrop of rainfall by failing to complete the purchase of paddy rice quickly.