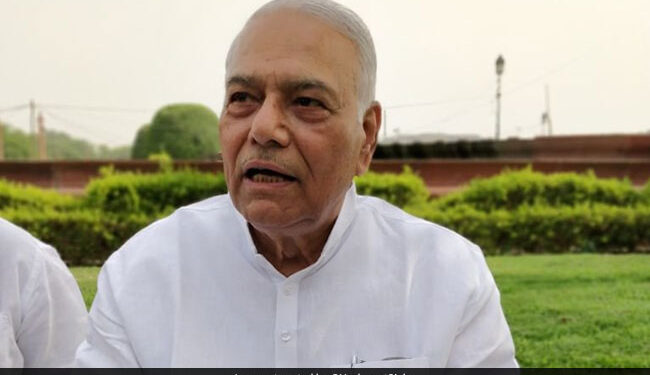 The presidential election is scheduled for July 18. (File)

Hours after Yashwant Sinha submitted his presidential nomination papers, he pointed to stark differences between the BJP candidate and his candidacy, while assuring that the numbers game is a developing situation and could change on July 18.

As for the crossing of the majority in the presidential elections, which will take place on July 18, he said the situation is evolving.

In an exclusive conversation with ANI, Mr Sinha said: “You don’t go into a fight thinking that you will always come out victorious. You go into the fight because you believe in the fight itself. So for me it’s fight more important I would like to tell you that as far as the numbers are concerned, it is a development situation. There will be a lot of changes between today and July 18. Let’s not go by the number today. What seems today may not be the situation at 18 July.”

Hoping that the Aam Aadmi party will vote for the opposition presidential candidate instead of supporting the Bharatiya Janata party in the presidential election.

He said: “I can’t imagine AAP voting for the BJP. The choice in the selection is grim. I don’t belong to any political party. I resigned from the Trinamool Congress (TMC) before the opposition made me a candidate. on the other hand you have a candidate who strongly supports the BJP. Whoever is the voter in the situation will have to choose between the BJP on the one hand and a person who does not belong to any party.”

When asked whether the BJP is trying to promote a particular community by appointing Droupadi Murmu as the BJP-led NDA’s candidate for election, who hails from the tribal community, Sinha said: “My opinion is very simple. not the whole community.”

Sinha was named as the common opposition candidate for the June 21 presidential election.

The elections to elect the next president will take place on July 18 and the vote counting, if necessary, on July 21, the Election Commission of India (ECI) announced on June 9.