The masterminds of Mumbai Blasts enjoyed 5-star hospitality in Pak: India at UN 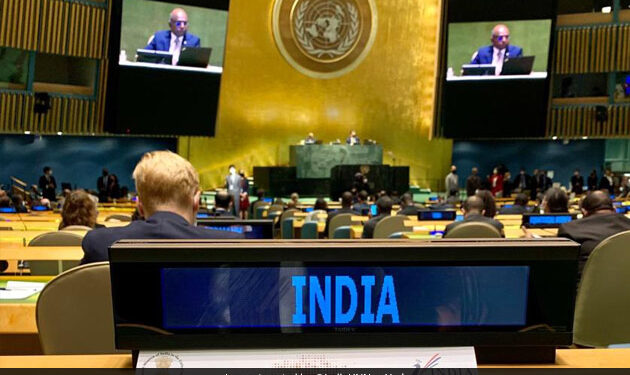 Inda said D-Company and its head, Ibrahim, were believed to have gone into hiding in Pakistan. (File)

India at the UN said on Tuesday that the crime syndicate responsible for the 1993 Mumbai bombings not only received state protection but also five-star hospitality, in a veiled reference to D Company head Dawood Ibrahim, who was believed to be hiding. . in Pakistan.

“We have seen the crime syndicate responsible for the 1993 Mumbai bombings not only receive state protection, but also enjoy five-star hospitality,” he said.

Mr Tirumurti’s comments were a thinly veiled reference to D-Company and its chief Ibrahim, who are believed to be hiding in Pakistan.

By August 2020, Pakistan had recognized Ibrahim’s presence on its territory for the first time after the government imposed sweeping sanctions on 88 banned terror groups and their leaders, including naming the underworld wanted by India.

Mr Tirumurti said UN sanctions regimes, including the 1267 Al-Qaida Sanctions Committee, are crucial to international efforts to prevent terrorist financing, terrorist travel and access to weapons by the terrorist organizations.

However, he expressed his concern that the implementation of these measures remains a challenge.

“It is crucial that all sanctions regimes introduced by the Council ensure due process of law in their working procedures and decision-making. The decision-making process and the de-listing/de-listing measures should be objective, prompt, credible, evidence-based and transparent, and not for political and religious considerations,” the Indian ambassador said.

He said that a recent report by the Monitoring Team (MT) on the asset-freezing exemption procedures under Resolution 2560 (2020) highlights the gaps in Member States’ asset-freezing measures, partly due to deficiencies in the existing guidelines of the committee.