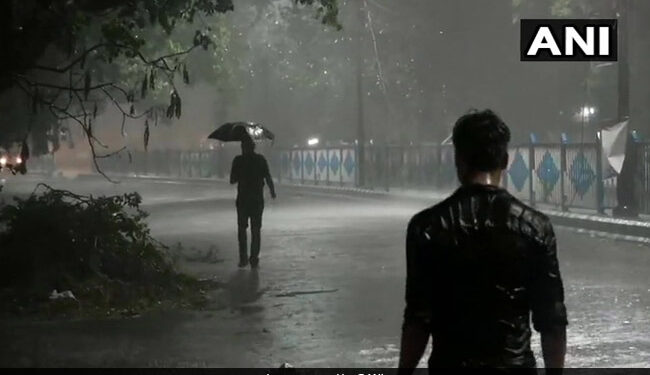 Thunderstorm in Bengal: A minister said several trees in Kolkata fell and traffic was affected (representative)

At least four people were killed when a northwesterly wind speed of 90 km/h and accompanied by rain hit southern West Bengal on Saturday night, a state disaster management official said.

One man was killed after a brick wall collapsed on him in the Purba Bardhaman district, while another died in a lightning strike in the Nadia district, the official told PTI.

Two boys died when the boat they were rowing capsized in Kolkata’s Rabindra Sarobar Lake during the northwest, police said.

The northwesterly hit the northern and southern districts of Parganas, Hooghly and Purba Bardhaman, in addition to Kolkata, a Met Office spokesman said.

The shower provided relief from the blistering heat of the past few days, but also hampered commuters as fewer public vehicles followed behind.

A tree fell on the metro rail between Mahanayak Uttam Kumar and Netaji railway stations in Kolkata, interrupting services in part of the city’s lifeline for about 50 minutes, an official said.

Flight services at the NSC Bose International Airport were shut down for about an hour and a half due to the northwest, Airport Authority sources said.

While five flights had to hover in the air before they could land, the routes of two others were changed.

The Agartala-Kolkata Indigo flight made an emergency landing at Biju Patnaik Airport in Bhubaneswar, as did the Imphal-Kolkata Air India flight, the sources added.