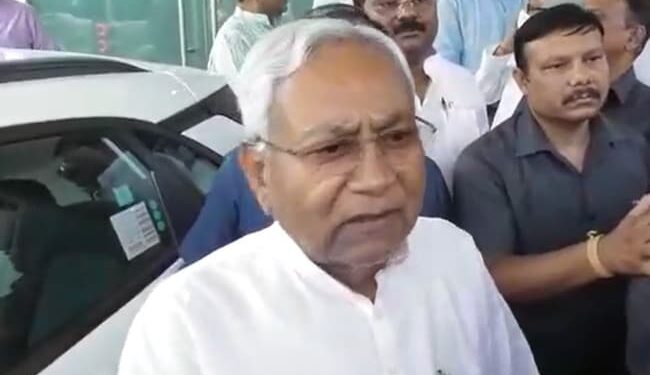 “We don’t know anything about this,” Nitish Kumar said of the raids.

Bihar Chief Minister and JD(U) boss Nitish Kumar today refused to join his alliance partner BJP in approving the CBI raids on RJD chief Lalu Yadav and had a very coy “we don’t know anything about this” response. the subject .

“We don’t know about this. Whoever is doing this (raids) can answer this question,” he said when asked if the raids were the result of political vendetta.

Nitish Kumar’s response is significant because it comes after his recent meeting with RJD leader and Lalu Yadav’s son Tejashwi on the issue of caste census — a geniality that, as some RJD leaders claim, makes the BJP uneasy.

In the Nitish Kumar-led coalition government, the BJP is a senior partner as it won far more seats than the JD(U) in Bihar’s 2020 elections. However, the Chief Minister is reportedly unhappy with the ties with his alliance partner.

Most of his party leaders have declined to comment on the crackdown on the Yadav family, apparently at the behest of their boss, Mr Kumar, who is reportedly unhappy with the timing of the raids.

Earlier, however, Bihar minister and senior JDU leader Ashok Chaudhay said that “it is wrong to link the raids to the caste-based census. The case is based on its own merit.”

The RJD of Rashtriya Janata Dal called the CBI’s case against the chief and his family members “predictable” and claimed that the BJP uses investigative agencies to scare its rivals when its power grab is disrupted.

Lalu Yadav and his family members were charged Friday in a new corruption case over alleged recruitment irregularities between 2004 and 2009, when he was Minister of Railways, just weeks after he was released on bail in a case of animal feed scams.

The CBI case, RJD’s Manoj Kumar Jha claimed, was like a “dead bird” given a new lease of life as Tejashwi Yadav has worked to rally masses on real issues such as unemployment and caste.

After the FIR against Yadav, his wife Rabri Devi, daughter Misa and other relatives, the CBI launched a search on Friday morning at 16 locations in Delhi, Patna and Gopalganj.