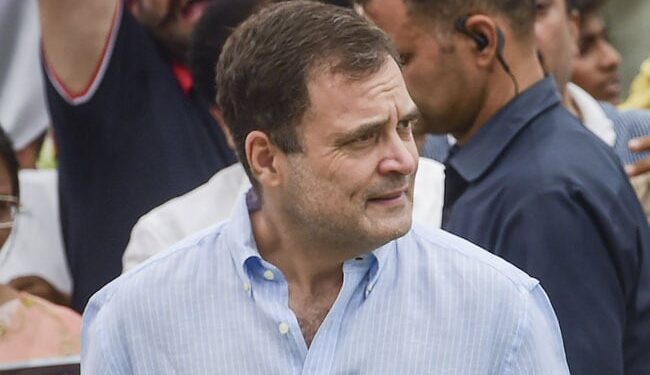 Shortly after the arrest of Alt News co-founder Mohammad Zubair, congressional leader Rahul Gandhi said on Monday that arresting one voice of truth will only produce a thousand more.

Zubair was arrested Monday by Delhi police for allegedly hurting religious feelings through one of his tweets, officials said.

Gandhi claimed that any person who exposes BJP’s hatred and bigotry is a threat to the party, while noting that the truth will prevail.

“Anyone who exposes the hatred, bigotry and lies of the BJP is a threat to them. Arresting one voice of truth will only bring a thousand more,” he said on Twitter.

“Altnews & @zoo_bear have been at the forefront of exposing the false claims of the Vishguru, who is retaliating with a vengeance typical of him. Delhi Police, reporting to the Union’s Home Affairs Minister, has already long lost all pretensions of professionalism and independence,” he tweeted.

“After 2014, the few fact-checking services in India, notably @AltNews, are providing an important service in our post-truth political environment rife with disinformation and lies,” he said.

“They are exposing falsehoods whoever commits them. Now the co-founder has been arrested by the Delhi Police under Shah. To arrest @zoo_bear is a blunder by DelhiPolice. He must be released immediately,” he tweeted.