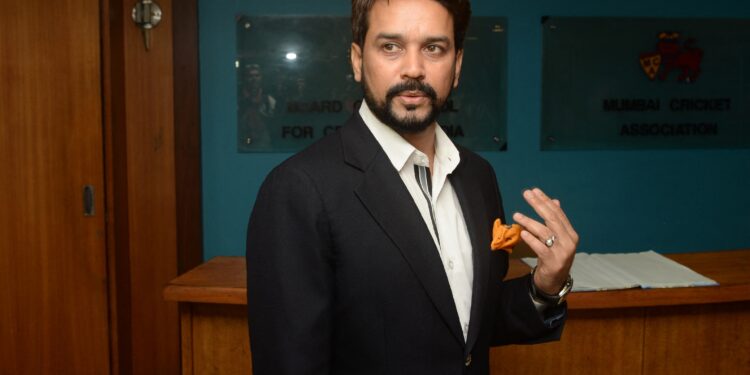 India has been declared a ‘Land of Honor’ for ‘Marche du Film’. †

Information and Broadcasting Minister Anurag Thakur is leaving for France today to attend the Cannes Film Festival, where India has been named the ‘Land of Honor’ for ‘Marche du Film’, the corporate counterpart to the big event.

Mr Thakur will be walking the Red Carpet at the festival tomorrow night and also taking part in Marche Du Film’s opening night festivities at the Majestic Beach on May 18th.

“Honored to represent India at Marche Du Film at the Cannes Film Festival,” Tamannaah, a lead actor in Telugu and Tamil films, said on Twitter.

Akshay Kumar was also part of the official delegation but had to opt out after testing positive for Covid-19.

One of the highlights of India’s status as a Land of Honour, a special screening of a restored Indian classic Pratidwandi, directed by Satyajit Ray, is planned as part of the festival’s Cannes Classics roster.

World premieres of a selection of Indian films also take place in the Olympia Cinema.

These films are part of the Work In Progress lab under the Film Bazaar.

R Madhavan’s film, Rocketry: The Nambi Effect, will have its world premiere at the festival.