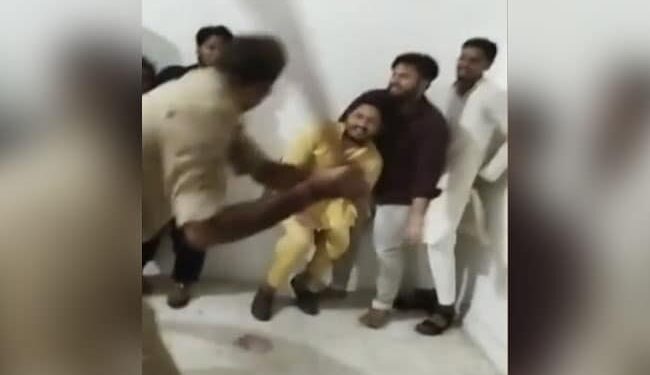 Four days after Uttar Pradesh BJP MLA Shalabh Mani Tripathi shared a video on Twitter showing officers mercilessly beating a group of men with the caption “refund for rioters,” police in Saharanpur, where the incident reportedly took place, say they are have no information about the video. No one has filed a complaint and there is no investigation, they said.

In the video, about nine men plead and try to block the blows that incessantly rain down on them from two police officers armed with sticks in what looks like a police station, but to no avail.

The video went viral two days after Uttar Pradesh police cracked down on protesters and detained some of them for disrupting peace and harmony as clashes were reported in several places where people had gathered to protest. BJP spokesman Nupur Sharma’s objectionable and communal remarks against Prophet Mohammed and Islam.

Speaking to DailyExpertNews, Rajesh Kumar, Chief Inspector of Police of Sharanpur, said they knew nothing about the video. “We don’t know where this is coming from. If we get a complaint, we’ll see,” he said.

However, our research shows a different story. Relatives of at least five of those men said the video is indeed from Saharanpur and the men suffered serious injuries.