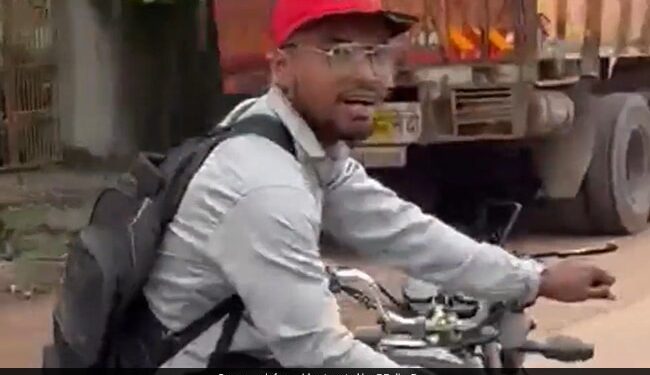 The video shows the man riding the motorcycle with both legs on one side.

Durg Police have posted on Twitter a video of a man performing stunts on his motorcycle to encourage people to stay safe and follow road safety rules. The 28-second video shows the man riding the motorcycle with both legs on one side. He also uses only one hand to hold the handle of a motorcycle.

Since the clip was posted on Sunday, it has been viewed more than 1.5 lakh times and has over 8 thousand likes. In the beginning of the video, the man can be seen brash on his motorcycle on a busy road. The man’s phone is also balanced between the handle of the motorcycle while it is in motion.

The video then goes about the rider being fined Rs 4,200 by the Durg Police. He is also seen looking at the camera and holding his ears apologetically. The video ends with the message in Hindi asking the viewer to follow the traffic rules. The Twitter users appreciated Durg Police’s creativity.