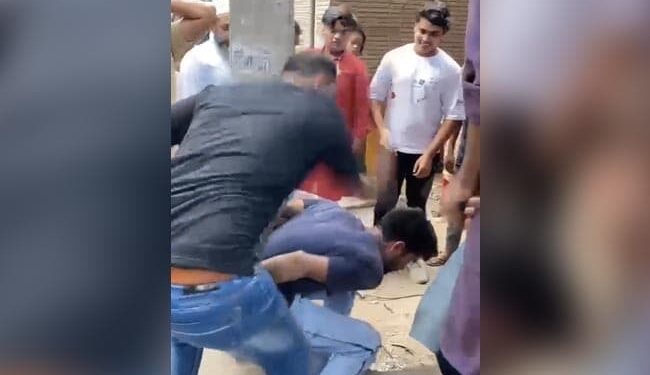 The Man Who Was Brutally Attacked While Chained to a Pole

His head was shaved. A man enters and punches him hard in the face. Once again. And again. And yet again. Then he kicks him in the chest. A raised fist lands on his back. The tied up man is then kicked in the face. There are people everywhere, but no one intervenes. The incident is from Delhi.

The man was detained by locals in Wazirabad for alleged theft. After the extremely rough and brutal treatment, the man was released. The police were not informed. Local residents filmed the incident on their mobile phones and the video is now in wide circulation.

The man was detained and beaten in Delhi

The alleged thief was also made to clean the drain.

Today, on 19.8.22, a video clip reportedly went viral on social media in which a person is found beating a person, namely Sakil, and there are also bystanders. During the investigation, it was revealed that local residents of Wazirabad village were a thief. red-handed, while stealing a water motor from the home of one Faizan r/o Gali no 9, Wazirabad Delhi and allegedly beating him and shaving his head,” police said.

The investigation into the matter is ongoing, police said.