Watch: A Pilot’s Reassurance to Stranded Indians During Ukraine’s Evacuation 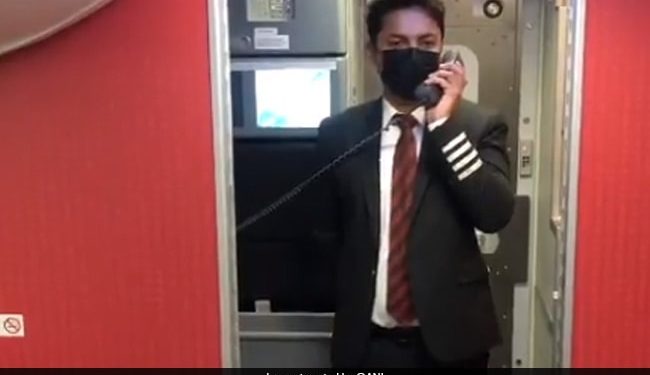 The pilot’s announcement was followed by loud claps and cheers from evacuated Indians.

Amid intensified efforts by the central government to evacuate the thousands of Indians stranded in war-stricken Ukraine, the pilot of a SpiceJet special flight from Budapest to New Delhi expressed pride at the bravery of the plane full of passengers and assured them they were safe now.

A video shows the pilot making a heartwarming announcement to all passengers aboard the nine-hour flight.

“We are very happy to see you all safe and sound, and proud of you all for your courage and determination.” said the captain.

“You have overcome the uncertainty, the hardship, the fear and arrived here safely. And now it is time to go back to our motherland. It is time to go home,” he added.

The pilot advised the plane of mostly students to sit back, relax, sleep, de-stress and enjoy the flight, noting that the travelers would soon be reunited with their families.

His announcement was followed by vigorous clapping and cheering as passengers shouted ‘Bharat mata ki jai‘ and ‘Vande Mataram,’ in an enthusiastic expression of relief on the way home.

#WATCH “It’s time to go back to our motherland, our home…”, says the pilot of a special flight with Indians stranded in Ukraine from Budapest to Delhi. pic.twitter.com/likhrimPSI

About 16,000 Indian students are still trapped in Ukraine. Since Russian forces launched their invasion of Ukraine on Thursday, stranded students have desperately sought help through news and social media platforms, relaying videos of their plight from train stations, border posts and bunkers.

They claimed they had been mistreated and said they were not allowed to board the train and noted abuse by Indian students on the Ukrainian borders as they tried to flee to neighboring countries.

About 9,000 Indian nationals have taken off on several special flights from Ukraine’s neighboring countries, including Bucharest, Budapest, Poland’s Rzeszow and Slovakia’s Kocise. 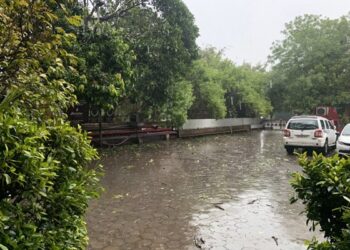