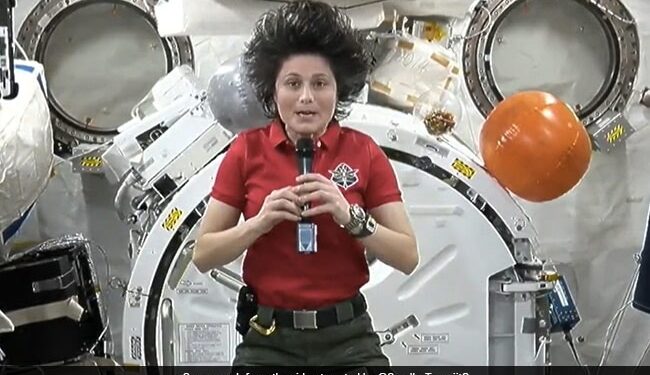 “On behalf of ISA, NASA and all international partners, I would like to wish ISRO the best of luck as it works on the Getgonian program and prepares to send humans into space. Expanding our partnership with ISRO and exploring the universe together is an goal for all of us for future space explorations,” said Ms Cristoforetti in a video shared by Indian Ambassador to the United States Taranjit Singh Sandhu.

Sandhu shared the message on the birthday of Vikram Sarabhai, the father of the Indian space program.

Air is not the extreme!

Appreciate @AstroSamantha for the warm message. A true p’schip @NASA@isro@esa

Happy to share about date of birth of #VikramSarabhai father of “space program” pic.twitter.com/tT2OsoCjb4

In the 1-minute, 13-second video, Ms. Cristoforetti also spoke about the joint Earth observation mission between NASA and the ISRO, and said the International Space Agency is expanding its partnership with ISRO for future space explorations.

“Expanding our partnership with ISRO and exploring the universe together is a goal for all of us for future space explorations,” she said.

Preparations for ‘Gaganyaan’ have been completed and people of Indian descent will go into space next year, Union Minister Jitendra Singh said last month.

The minister also announced that the trials of the mission, which are due to take place in 2023, will take place by the end of this year.

“Next year, one or two people of Indian descent will go into space. The preparations for our ‘Gaganyaan’ have been made. For that, two tests will be carried out at the end of this year. The first test will be empty and in the second a female robot will (astronaut) whose name is Vyommitra,” Singh said at a news conference.

“Based on these two missions, our astronauts will go into the third mission,” he added.

With the ‘Gaganyaan’ mission, India wants to become the fourth country in the world after the US, Russia and China to launch a Human Spaceflight Mission.