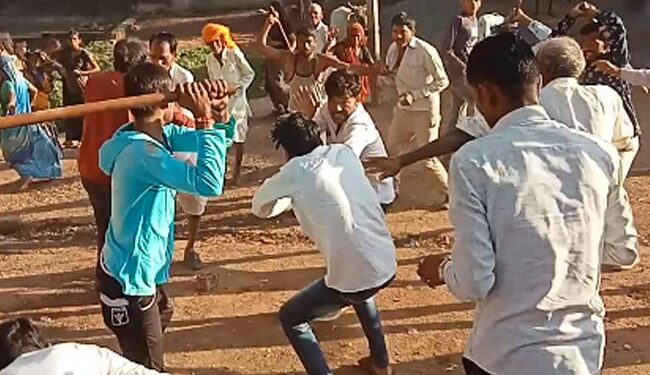 Three people have been arrested in connection with the incident.

In a video widely shared, a major fight with sticks broke out on Sunday between two communities in Madhya Pradesh over Navratri celebrations.

According to the police, the incident took place in the village of Kankar in Agar district, about 200 km from Bhopal.

Members of the Dalit community in the village say they were attacked by people from the so-called upper castes for installing an idol of the goddess Durga.

The other side claims the fight started over an argument over an obscene dance performed by two girls for a garba function.

“There was a song-dance program that led to a dispute that led to a fight. We have registered complaints from both sides and some people have been arrested,” said Naval Singh Sisodia, a senior police officer.

“Poles have been used, there are videos that we are investigating. Three people have been arrested. We will take action against those responsible,” he added.