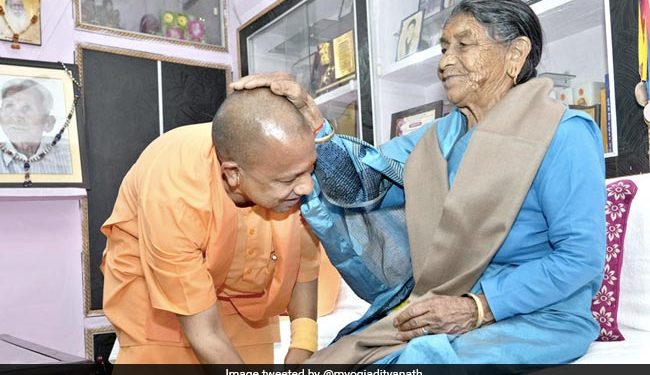 Savitra Devi, 85, has six other children in addition to Yogi Adityanath.

Yogi Adityanath, the chief minister of Uttar Pradesh, today shared a photo of him touching his mother’s feet as she puts her hand on his head.

The UP Chief Minister, currently in his hometown of Pauri, in Uttarakhand, meets his mother after many years. He visits his village for his cousin’s hair tonsure ceremony, which is scheduled for Wednesday.

It is reportedly the first time in 28 years that Mr Adityanath has returned to Uttarakhand to attend a family celebration rather than an official engagement. Savitra Devi, 85, has six other children in addition to Yogi Adityanath.