Artists and rock stars mingle at the Whitney Biennale 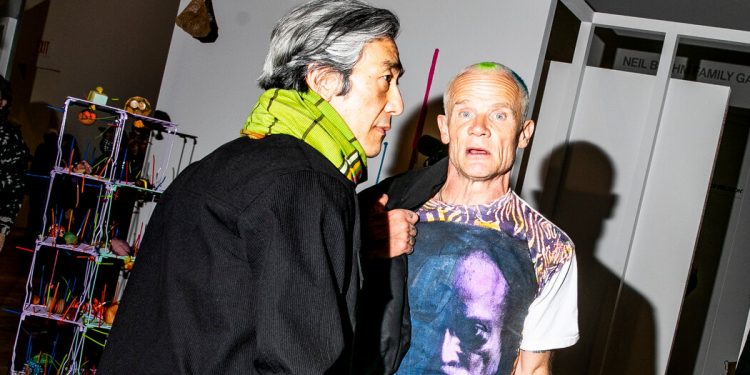 “It’s nice to have people back, in person, to celebrate art and the next generation of artists,” said Adam Weinberg, the director of the Whitney Museum, as he welcomed more than 1,000 guests to the museum’s 80th biennale. to celebrate Tuesday.

He just came from a hug on the cheek of Jack Shear, the photographer, curator and former husband of the late Ellsworth Kelly. Watching Mr. Weinberg walk through the museum lobby was a study in hosting: He ignored no one, hugged friend after friend, artist after artist, donor after donor.

After waiting outside on the icy sidewalk, guests made their way to the fifth and sixth floors, where an overwhelming collection of artwork was on display. Performers were joined by friends, family, colleagues, fans and the occasional rock star, including Anthony Kiedis and Flea of ​​the Red Hot Chili Peppers.

Tommy Kha, a photographer whose work (a portrait of himself as Elvis) caused a stir at the Memphis airport, accompanied his friend Pao Houa Her, an artist whose work, she said, is about the Hmong community I come from. . in Minnesota. It’s also about my own history, my grandmother’s history, my parents’ history.”

Nearby, a woman Miles Greenberg, the performance artist, stopped to compliment him on his Telfar jeans, which were almost without material at the back. “Ventilation,” he said.

By 8pm, when the doors opened to non-VIPs, the galleries were packed with (mostly mask-free) visitors. The most heard comment of the evening? “I haven’t been with so many people since then. †

It was sometimes hard to get by. “I can’t even navigate this building because there are so many people,” said Emily Barker, a noted artist whose large plastic kitchen demonstrated the challenges for people like her who use wheelchairs. “I had to miss four elevators that were filled with people who I think most of them can walk.”

Some guests took refuge in a bar in a rainbow-colored room on the third floor. Tremaine Emory, Supreme’s creative director, stood out in his knit Marni cardigan. “Art parties are always a little dry,” says Mr Emory, who has been a guest at the artist Theaster Gates. “I think about partying, I think about dancing.”

Back in the lobby, guests were still arriving, while others were on their way out.

“I have a circulatory disorder and it’s being activated now,” said artist Chloe Wise, who waited an hour outside in her mother’s Yohji Yamamoto coat.

The bars stopped serving around 10pm and guests could be heard making plans “for just one more drink”.

It had been four hours since the doors opened and Mr. Weinberg had barely moved. And was still cuddling. At one point he stood between two friends, one arm around each other, using them to support himself in apparent exhaustion. Does he never get tired? 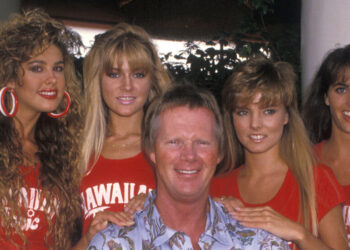 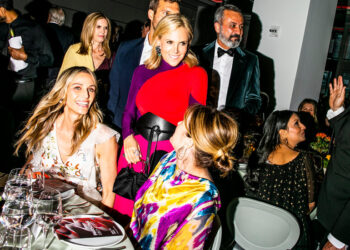 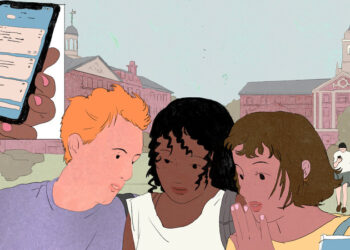 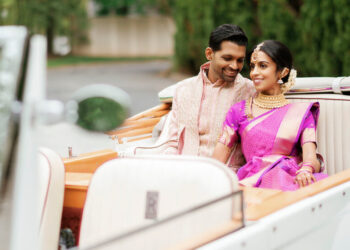 Her mother (and his father) knew best 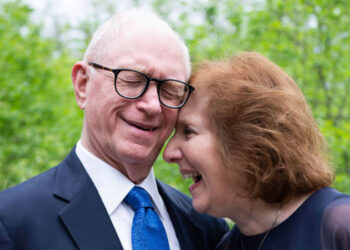 Friends for decades, they became life partners after loss 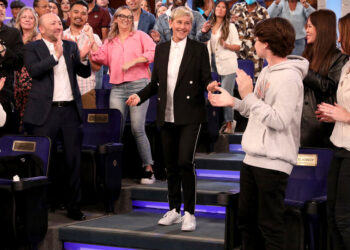