How Many Midcentury Ranch Homes Can a Couple Renovate? 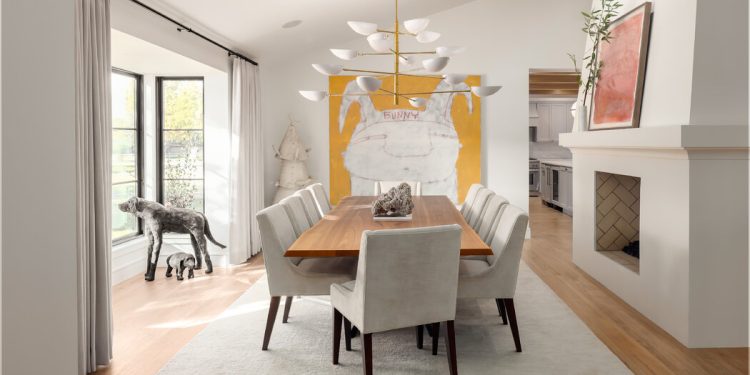 It all started with an unsolicited offer. After completing two renovations in Dallas, Ben and Josh Collins had no intention of tackling yet another project—until a real estate agent contacted them with an offer they couldn’t refuse.

The couple’s home was not on the market, but the real estate agent had a buyer who was willing to pay $1.2 million for one of the homes they’d previously bought and renovated for about $950,000. which would make them enough profit for a new project.

After the extension and modernization of the two 1950s ranch-style houses, which most residents would consider to be tearing down, they had no doubts that they were capable of another transformation. His husband, Josh, 38, is an interior designer who could translate their ideas into building plans, and they already knew many contractors.

The real challenge was finding a home to buy in the scorching hot summer 2020 real estate market. So the couple set some parameters: They wanted to stay in the northern part of Dallas, where they’d settled in comfortably with their daughter, Eleanor, now 3. And they wanted some outdoor space — “a good-sized yard with big trees,” Josh said. “That was our main goal.”

As for the style of the house and its condition? That was largely irrelevant, because they wanted to make big changes.

When they heard of a new listing for another 1950’s ranch home on a half-acre lot in the Preston Hollow neighborhood, with mature oaks and magnolia trees, they started putting together an offer before they even saw it. . The asking price was $525,000, and after a bidding war, the pair struck a deal to buy it for about $560,000.

After closing that September and taking a closer look, there were a lot of details they didn’t like — which was exactly what they’d hoped for. “For us, that’s better than someone putting money into it, because that’s what you pay for,” Ben said.

In addition to the 1970s styling and wall-to-wall blue carpeting that spilled into the bathrooms, “it was very choppy, with small spaces and six-foot ceilings,” he said. They wanted the opposite: an airy, open space with high ceilings.

For help in realizing their vision, they turned to their friend, Raul Baeza, an Austin architect who had been guests at the couple’s homes and was familiar with their sense of style and the way they liked life. Working primarily via video conference, they planned a complete overhaul, including an addition that expanded the home from about 2,500 to 4,300 square feet.

Just inside the front door, they blew out the interior walls and arched the ceiling, placing the living and dining rooms on either side of a central fireplace.

They enlarged openings in the brick facade to make room for huge bay windows that reach to the floor. “They just bring the outside in, so you get natural daylight and an extension to the front yard,” says Ben.

One side of the living room is open to the new kitchen, which has a more intimate feel with a lower beamed ceiling and a waiting room furnished with four Bridget swivel chairs from Mitchell Gold & Bob Williams.

One of the benefits of working in the furniture industry, Ben said, is that he was able to combine his professional and personal interests: “I could be a little selfish.”

The Niles bed the couple chose for their primary suite is a prime example. When Mitchell Gold & Bob Williams designed it, Ben said “I knew we were going to use it” in the new house. So he adjusted the proportions of the bed to allow for art above the headboard in their bedroom, and added wings on the sides to create a cocoon feel.

A home office and three additional bedrooms, including one for Eleanor, are located on the other side of the house. “We entertain a lot, so we wanted spaces where we could still do that and she would be far enough away that if we got people here a little later, it wouldn’t bother her,” Ben said. “That side of the house is also for guests. We want them to feel like they’re not completely on top of us when they’re staying for a weekend.”

Outside, they painted the old dusty orange brick white and replaced the brown roof shingles with mottled gray ones. In the backyard, they added a pool, a sunken area for a gas fireplace, and another sitting area under a pergola.

After selling their previous home, the family had moved into a rental home to give their new home to contractors. Construction began in January 2021 and was completed in November at a cost of approximately $800,000.

Since then, the house has become a favorite destination for Eleanor’s friends, who make the most of the heated pool. Later this month, the couple plans to open the house to a large group of families as they celebrate Eleanor’s fourth birthday.

Recently a friend asked what they would do differently if they had to do it all over again. But the couple has now renovated too many homes to miss out on anything important.

“We’ve thought a lot about it,” Ben said. “And I can’t think of anything we would have done differently.”