In Kenya, a bold approach to adornment 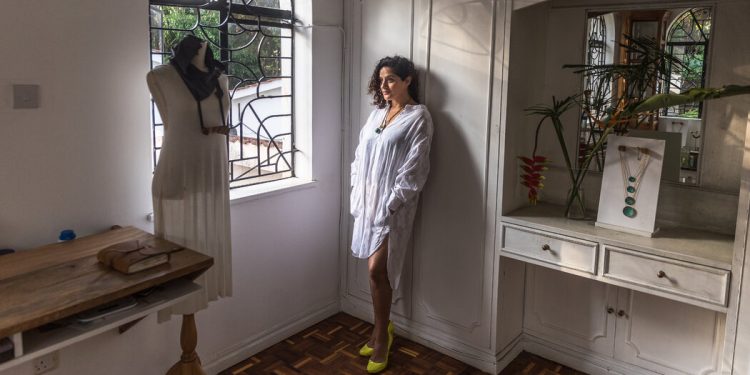 Born in Mombasa, Kenya, Ms. Doshi Shah moved with her family to Oman when she was 3 and then, at age 6, to the United States. They returned to Kenya in 1992.

“I knew from a very young age that I wanted to go to art academy,” she says. So, in 1997, she graduated from the University of the West of England, in Bristol, and then obtained a Bachelor of Arts degree in jewelery and silversmithing from the well-known School of Jewelry at Birmingham City University. “It really focuses on the technical aspects of jewelry making, but also with a rather avant-garde approach,” she said, noting that the training still ripples through her work as “my approach to jewelry is non- traditional, a little weird’.

She even spent six months in India learning jewelry, splitting her time between a diamond manufacturer in Mumbai and an enamel craftsman in Jaipur, “learning the trade and also doing some design work,” she said. (Her mother and paternal grandfather were from Gujarat, on the west coast of India.)

However, the experience did not encourage her enthusiasm for the profession. So she decided to work in advertising to support herself “because my parents paid for my education,” she said. But by 2014, she wanted to “be creative again,” she said, and began making jewelry, using the space at the Kuona Trust Center for Visual Arts in Nairobi, and moving into her current studio to found her company a year later. . She took her own name for it in 2018, and now it’s self-sufficient, she said.

Her pieces are either one-off, sold by appointment in the studio, or – since late 2019 – made in small batches for retailers such as Ichyulu in Nairobi and Merchants on Long in Cape Town.

She had two dealers before the pandemic and has added a few more, bringing her 2020 sales to just under $20,000; she said she didn’t know her 2021 earnings yet. But her profit margin has remained the same “because I went from making pretty much everything myself to working with other people to do the production,” she said, referring to Musa Butt, an artisan and his team of three employees, also based in Nairobi.