Looking for a wedding date, he found a partner instead 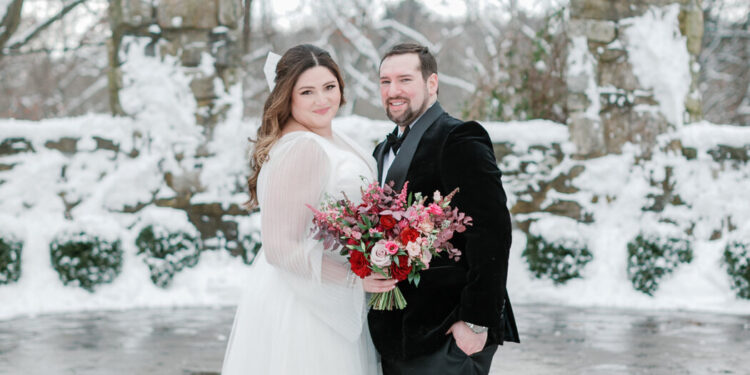 An appreciation for sports, the couple said, established an early common ground. “Our shared love of sports, especially NFL Football, has remained a constant in our relationship,” said Ms. Sundel.

Cerbone, a New York Giants fan, planned to propose to Ms. Sundel, a New England Patriots fan, when the teams faced each other at Gillette Stadium on October 10, 2019. But the forecast for match day was rain. “I was really afraid of that rain,” he said. “It would have ruined everything.” So he decided to propose the night before, while they were getting ready for bed.

The couple, living in West Hartford, Conn. had a wedding date set for January 1, 2021, but decided to postpone it to October 2020, due to the pandemic, on the day of Ms. Sundel’s bridal shower. (At the time, Mr. Cerbone was recovering from Covid.)

A year after initially planning to get married, the two married on January 7 at Le Chateau, an event space in South Salem, NY. Donna Katsuranis, a pastor of Universal Life Church, performed for about 70 guests, all of whom had been vaccinated.

However, before being allowed to walk down the aisle, the couple faced several surprises in the week leading up to their wedding. Over 35 confirmed guests canceled due to the pandemic; Ms. Sundel’s bank account has been hacked; and several inches of snow covered South Salem the day before the event.