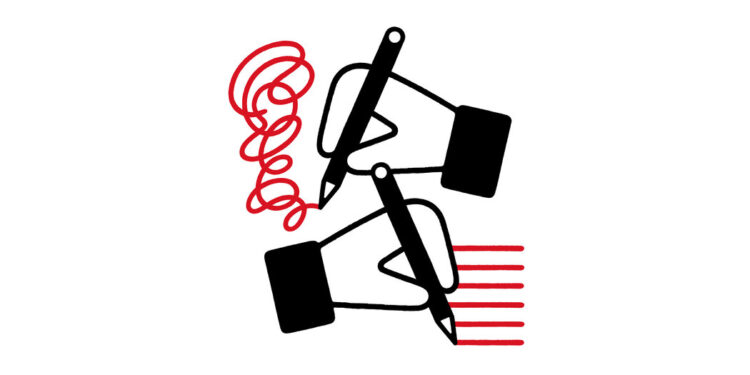 My girlfriend and I are turning 30 soon. We’ve been together for two years now, about half of that time exclusively. One night we were spitting about our future. I assumed we would get married relatively soon. But my girlfriend surprised me: she said she loves me, but she doesn’t think a monogamous relationship will work for her for the rest of her life. She said she doesn’t want to break up and she’s always been faithful to me. But she would like to explore the possibility of opening up our relationship with others – our relationship being the most important. This is not what I had in mind! Any advice?

I am surprised. Your friend introduced a major plot twist. But “surprised” is a response, not a deliberate response. Your job now (or soon) is to talk to her and find out if you’re open to an open relationship. Your answer may be no, but don’t dismiss the idea simply because you weren’t expecting it.

Frankly, I admire your girlfriend’s honesty. I think you should too – whatever you decide. If more of us were candid with our partners about the challenges we face in our relationships, rather than bottled them up, we’d be less cluttered in the long run. Engagement is hard work. And sometimes, simply naming a problem can take some of the sting out — as well as lead to productive discussions.

We don’t know the details of your girlfriend’s proposal. Is she talking about sex or full-blown relationships with other people? How would your household work? Do children fit into this picture? If you’re open to exploring these questions with her, dive in! If after consideration you decide that staying monogamous is your preference, respond to her honesty with your own.

For Mother’s Day, a dear friend made a donation in my name to a valuable charity she supports. I appreciate the thought, but I would have preferred her to donate to a charity I support. Even worse, I then felt compelled to thank her for her donation to her charity. What are your thoughts on this?

Take a step back: A dear friend (who isn’t your child or relative) made the effort to remember you on Mother’s Day with a gift to a charity that’s “worth it,” but not your favorite. Therefore, you cannot show sincere gratitude for her gift and resent it for thanking her. I don’t think you want to be this person.

I would think differently if you were against the work of the chosen charity, but that doesn’t seem to be the case. Granted, this isn’t a perfect gift, but it’s still a nice gesture. Thank your friend and try to put your complaint in perspective. (Now notice the insane who will write about your friend making a charitable deduction on a gift supposed to be for you.) Pettiness rarely brings joy.

My brother and I don’t talk anymore. (We’ve fought over politics, and he’s been rude to my husband because he’s jealous of his success.) But he has two teenage children I want to keep in touch with. I am their only aunt. We’ve never been super close; I don’t live nearby. But I’ve always maintained a relationship with them through holiday and birthday gifts, occasional text messages, and Zoom calls. Since the fight with my brother, one child has not responded to me and the other seems less inclined to keep in touch. Do I have to keep in touch, or is that so inconvenient?

I sympathize with your desire to stay connected, but it doesn’t seem like your brother’s kids are reciprocating your feelings now—which isn’t to say they never will. They may know about your conflict with their father, which can make them feel uncomfortable or unfaithful with you. Or maybe they’re just teenagers completely absorbed in their own world.

The next time you send them a card or gift, of course, add a note that softens the conflict and emphasizes your affection for them: “Your father and I don’t get along right now, but I’m always here for you.” you. Call or text whenever you want. I love you.” Then follow their lead. No response is a response – for now. It may also be a reason to consider relaxing with your brother.

While I was standing in line with my little boy, an older woman behind us started squeezing his legs lightly and saying what a “well fed boy” I have. It really bothered me that she touched him, but I didn’t mean to offend her. So I said nothing. should I have?

Here’s the thing: we can be respectful of other people, even if we have to shut them down. You have an absolute duty to protect your son (and fend off greedy strangers). However, you don’t have to be angry about it in all cases. Here the older woman probably meant well, even if she wasn’t on base. Be direct. Say, “Don’t touch my baby without asking permission.” How others respond to reasonable requests is up to them, not you.

For help with your difficult situation, send an inquiry to SocialQ., to Philip Galanes on Facebook or @SocialQPhilip on Twitter.