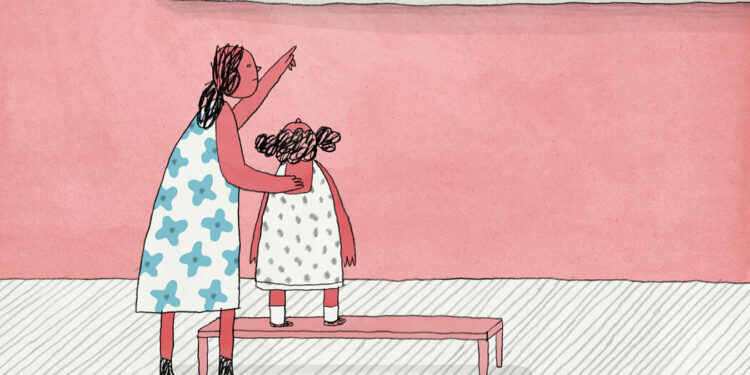 But in the end, the pain of being in my body surpassed my fear of changing my relationship with my mother, and I scheduled a consultation and then a surgery date to have a gender-confirming bilateral mastectomy. In March, when the surgery center called me to schedule the procedure, I immediately called my mother.

“I have my surgery date!”

‘You’ll have to buy a lot of stuff. Surgery is a big deal, honey. I don’t think you’re ready.”

I sometimes wonder if she felt that my surgery was a criticism of her and her body, a rejection of her genes. One time, on the phone, she cried that she’d had a perfect child and couldn’t understand why I would screw that up. When I was little, my mother, a painter, took me to the art museum, and whenever we saw a painting of a woman with a baby, my mother said, “That’s you and me.”

A few weeks after I called her with my surgery date, she texted me an article about X-gender markings on passports for non-binary people, with the accompanying text: “Transgender travel.”

“I know,” she wrote, “it’s worrisome if you don’t look like the gender in your passport. I have short hair, wear jeans, sometimes no makeup. In a Mexican restaurant, a waiter called me ‘sir’.”