The hug that sealed the deal 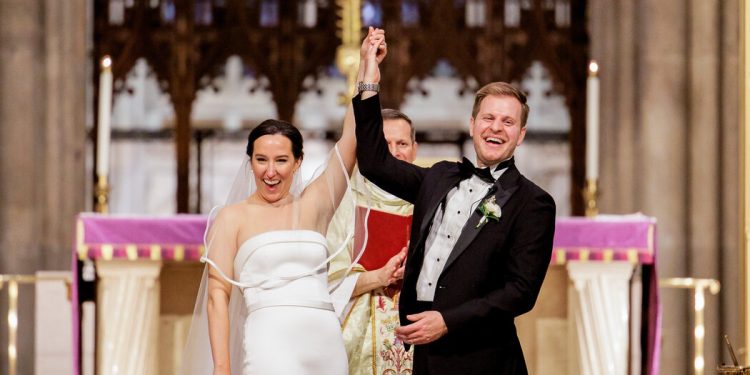 By the end of their first date at Mother Burger, a restaurant in the Hell’s Kitchen neighborhood of Manhattan, in late June 2015, Megan Cunningham O’Conor had sensed something special in Thomas Peter Cordell.

“I’m not always the easiest person to get along with,” said Ms. O’Conor, 30, “but he seemed like the perfect man for me.”

“No one had ever spoken to me as kindly as on a first date,” added Ms. O’Conor, the director of customer information for North America at the Ralph Lauren Corporation in New York. “No one had ever been so attentive.”

Mr. Cordell, 32, senior project manager at McCann Health New York, a healthcare communications and marketing agency, said of Ms. O’Conor, “As for Megan, there was a lot to watch out for.”

The pair had met earlier that month at the Belmont Park track, where each had gone to the annual Belmont Stakes game with a separate group of friends. A friend who went with Mrs. O’Conor also knew Mr. Cordell and introduced them to them. Both soon learned that they each graduated from Fordham in the Bronx — Mr. Cordell in 2011 and Mrs. O’Conor, who was on a football scholarship, in 2014 — and lived in Manhattan.

Afterward, Mr. Cordell said, “I couldn’t get her out of my mind.” Weeks later, that first date came, where they “clicked spectacularly,” Ms. O’Conor said.

But later that evening, after Mr. Cordell drove Mrs. O’Conor home, she said he’d wished her a good night’s sleep and nothing more.

The following month, she accepted his invitation to a golf outing at the Cherry Valley Club in Garden City, NY, where Mr. Cordell was born and raised.

When it was over, they took the train back to Manhattan and made their way to the front door of Mrs. O’Conor’s apartment building, where she said Mr. Cordell wished her another “good night” and watched her step into the building – still without a goodbye kiss.

“It just didn’t make sense,” Mrs. O’Conor added. When another date ended without a kiss in late July, she decided it was time to say something to Mr. Cordell.

He wasn’t a block away when his cell phone started buzzing, and when he answered, Mrs. O’Conor said to him, “If you don’t plant one on me next time I see you, I won’t see you no more.” .”

When asked what kept him from kissing her on those dates, Mr. Cordell said, “I think I was a little nervous and just tried to feel every situation.”

Both then went on long vacations, he with his family to Lake George, and she and her family to their home in Bethany Beach, Del. They met again in September during a homecoming in Fordham.

Mrs. O’Conor was in the company of friends and former classmates when Mr. Cordell, there with his own entourage, suddenly dove in and finally began to cuddle with her.

“We hadn’t really told anyone that we were dating yet,” Ms. O’Conor said, “so we had a lot of explaining to do after that.”

The following year they met each other’s families and in 2017 the couple moved into an apartment together in Astoria, Queens. That same year, Ms. O’Conor ran the New York City Marathon.

“I think every friend Tom was married in 2017,” she said, “because every time I came home tired that year from marathon training, I had to hurry up and get dressed for another wedding.”

Mr Cordell planned to return to the Fordham campus in April 2020 to propose to Ms O’Conor, in the presence of family and friends. But the rise of the coronavirus changed that plan, and he proposed to her nearly nine months later, on Christmas morning in 2020, at her parents’ home in Bethany Beach.

The two were married on April 2 at St. Patrick’s Cathedral in Manhattan before the Rev. Enrique Salvo, a Roman Catholic priest, and 148 fully vaccinated guests.

“Right now I see our lives as a blank canvas,” said the groom. “In the coming years it will be very exciting to see all the beautiful things with which our love for each other will fill that canvas.” 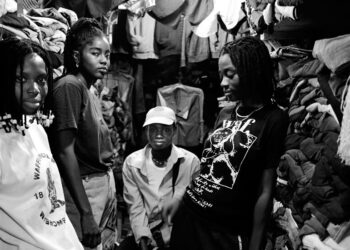