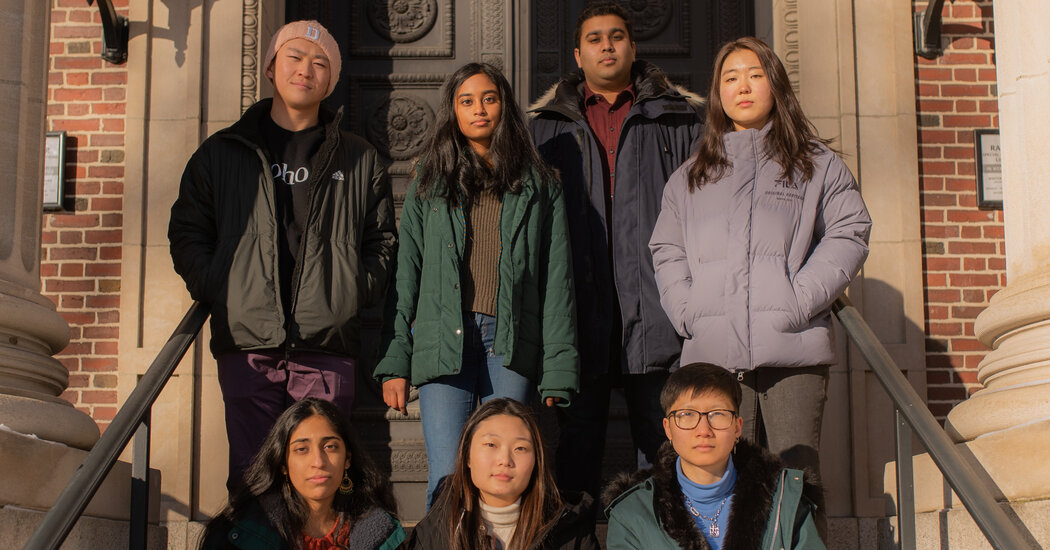 Ms. Lawrence, the spokeswoman for Dartmouth, reiterated that new courses and curricula are the domain of educators, not administrators.

Campus activism, from coast to coast

The Dartmouth movement is one of many that garnered support on campuses last year. After the Atlanta shooting, students from Davidson College in North Carolina gathered for an event called Why Davidson Needs Asian Studies Now More Than Ever. That same month, Georgetown University’s student newspaper, The Hoya, published an editorial urging the university to establish an Asian-American study program, given the rise in anti-Asian violence.

“What happens in the academy often follows what happens on the street,” said Diane Fujino, a professor of Asian American studies at the University of California at Santa Barbara and an editor of the forthcoming anthology “Contemporary Asian American Activism.” “This is a moment unprecedented in terms of national attention to Asian-American issues and concerns arising from Covid and the attacks on Asian Americans and, of course, Atlanta.”

There are several precedents for the current wave of activism. During the 1960s and 1970s, as the Black Power movement, the women’s movement, and the anti-Vietnam War gained momentum, Asian Americans also began to organize. In 1968, Emma Gee and Yuji Ichioka, two graduate students at the University of California, Berkeley, founded the Asian American Political Alliance, which historians often cite as one of the earliest uses of the term “Asian-American” to describe the ethnic subgroups of Asian descent.

That same year, the Asian American Political Alliance joined the Black Student Union and other student groups at San Francisco State University to form the Third World Liberation Front coalition, resulting in one of the longest student-led strikes in American history. . Subsequently, the university formed the first college of ethnic studies in the country.