Where adventurous gardeners buy their seeds 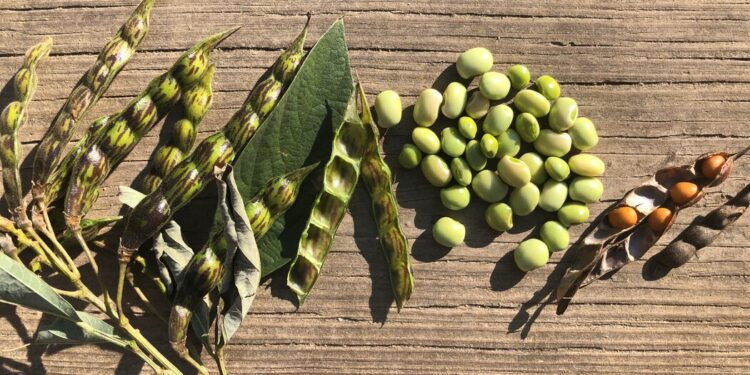 It’s no secret where to get seeds for famously named tomatoes like Sun Gold or any of the other catalog standbys you’ve come to count on. But don’t stop there.

A whole world of genetic diversity and cultural history is available to those who look a little further, courtesy of an emerging group of seed sellers who combine a passion for the unusual with a mission behind every offering.

The mission behind a particular seed variety can be eco-friendly: perennial versions of favorite edibles like kale, for example, mean less tillage and thus less carbon in the atmosphere, which is especially important on an agricultural scale. Or it could be to preserve and propagate traditional seeds from places like Afghanistan, Sudan or the Maldives, endangered communities where the genetics of ancestral plants are compromised by battle or climate devastation.

Browse the virtual catalogs of these companies and take what Nathan Kleinman, a founder of the nonprofit Experimental Farm Network, calls “a slow walk to garden radicalism.”

Come for the irresistibly unusual: the Guatemalan green-fleshed Ayote winter squash (not your standard orange), the Chinese pink celery, with its surprisingly vibrant stalks, or the Sacre Bleu kidney beans (yes, blue). But stay — as Mr. Kleinman and the founders of other like-minded companies hope — for the forward-looking optimism: not just the personalities of the seeds and abundance they promise, but the deeper possibilities they represent.

To help adventurous gardeners get started, Mr. Kleinman put together a short list of some of his colleagues in the small-scale organic seed movement. And yes, he considers them colleagues – not competitors.

“Our industry is really a collaborative industry,” he said. “We trade seeds with each other and share banknotes, and we all work together to conserve biodiversity. The competition is the gigantic agribusiness and industrial food system.”

Mr. Kleinman and his colleagues share the core belief that agriculture can and should be used to build a better world and not contribute to environmental degradation. The websites of these companies offer messages of environmentalism and social justice – and yes, a lot of irresistible plants.

In 2014, they began borrowing land near Elmer, NJ, which has become a non-profit growers’ cooperative focused on facilitating collaboration in sustainable agriculture research and plant breeding.

Mr. Hinz has since moved back to his native Minnesota, where the seed business portion of the operation is today. Rather than relying on grants or donations, the company uses seed sales to support research, breeding and remarriage – the return of varieties to their ancestors. For example, heirloom tomatoes and watermelons from the city of Homs, in Syria, have been distributed to Syrian refugees in Lebanon.

This month, beginning its fifth year of seed sales, the company posted its largest seed offering list to date — nearly 500. And last year, it received 4,500 orders as sales volume more than doubled from the previous year. .

Familiar seed catalog notations such as F1 hybrid – the predictable first generation of a controlled cross – are not part of the vocabulary in catalogs from companies such as Experimental Farm Network. The unfamiliar terms may sound a bit puzzling at first.

These are open pollinated seeds, or non-hybrids. You may even see mention of dehybridization, the process by which a hybrid sets seed and then selects its offspring, or F2s. It’s unpredictable, yes, but that’s where it’s fun, said Mr. Kleinman.

You’ll find landraces, or seeds that aren’t standardized, but represent a diverse population with similar traits—often coming from localized populations developed through traditional farming, after generations of farmers selected for desirable traits.

The Kandahar Pendi Landrace okra from Afghanistan sold by Experimental Farm Network yields green, red, pink or white pods varying in shape and size. The company’s Nanticoke winter squash is a traditional crop of the Nanticoke people, one of the southernmost groups in the Algonquin language family, historically native to parts of Maryland and Delaware. The fruits vary in shape, shape, color and size – even flesh texture, flavor and storage capacity.

You will see the word grex (Latin for flock), a term borrowed from orchid breeding to designate a very diverse group of hybrid varieties. mr. Kleinman learned it from Alan Kapuler, a longtime open-source seed breeder and mentor to many in the organic seed movement, who founded Peace Seeds. Today, his daughter, Dylana Kapuler, and her partner, Mario DiBenedetto, continue the work at Peace Seedlings, where peas with yellow or purple pods and marigolds that grow up to six feet tall are among the various headliners.

Experimental Farm Network lists a turnip grex and golden beet grex, originally from Dr. Kapuler, and another called Homesteader’s Kaleidoscopic Perennial Kale, bred by Chris Homanics. These are bushy plants that display a range of leaf colors, some with dramatic variegation.

“What often surprises people about the grexes and populations that don’t stay true to the previous generation is that each seed has the potential to be something completely new that has never been seen before,” said Mr. Kleinman. “Most seed companies would never sell them, but we want to give people that mystery and the excitement of not knowing what’s coming.”

Mr. Kleinman’s love for seeds started as a child. He would later develop an interest in world events and study foreign policy at the Georgetown School of Foreign Service.

When he discovered that he could request seed from the US National Plant Germplasm System, a series of seed banks under the Agricultural Research Service of the Department of Agriculture, his two passions came together. He began searching the database for places in the news — places USDA scientists may have once collected seed.

“I started typing names like Kandahar,” he said, referring to the city in southern Afghanistan. “All kinds of seeds were collected in these places that are no longer even safe to enter. I found seams in the collection rich in cultural artifacts from places where there has been so much struggle in the decades since the seed was collected.”

Such as South Sudan, the homeland of a dear friend, and of several of his company’s sorghum offerings. Or the Maldives, “which have already been affected by sea level rise, a place that may not exist in 50 or 100 years,” Mr Kleinman said.

According to him, it was not enough for government seed banks to store this seed. “It’s critical to get these seeds into the hands of people, especially the hands of people whose culture produced them,” he said. “They don’t do well in the freezer.”

Truelove Seeds, in Philadelphia, also focuses on culturally significant varieties, many of which are ancestral seeds from growers in the company’s network. These growers understand which traits to select for, so they know best how to maintain a particular variety, such as the northern-adapted pigeon peas or gandules, for example, that East New York Farms in Brooklyn brought to the Truelove mix.

West Virginia-based Two Seeds in a Pod focuses on Turkey’s traditional crops. An astonishing array of peppers beckon, alongside Anatolian watermelons with seeds that look like an artist carved decorative markings into them.

A new source offering its first seed list this month is Ujamaa Cooperative Farming Alliance, a Black and Indigenous-led company with a focus on African and African American crops such as Ethiopian kale, Alabama red okra and four varieties of kale.

Perennial edibles and hope for the future

Climate change came into sharp focus for Mr. Kleinman when he did hurricane control with Occupy Sandy. When Experimental Farm Network was founded, the idea of ​​developing carbon-retaining perennial crops – grains, oilseeds, vegetables – was kept in mind.

“It’s not just the tractors and the equipment and the chemicals,” he said, “but just the act of tilling.”

His catalog offers many perennial edibles, including unexpected native species such as beach plum (Prunus maritima) and passionflower, or maypop vine (Passiflora incarnata). What’s not to love about a perennial spinach substitute called Caucasian mountain spinach (Hablitzia tamnoides)? Work continues on Andy’s Green Mountain Multiplier Onion, a perennial variety from seed, and there is also seed for rhubarb.

A promising research project is a perennial sorghum, a grain that is a staple food crop worldwide, but is almost always grown as an annual. The work began with seed shared by colleagues at Adaptive Seeds in Oregon, a catalog rich in pollinated foods and flowers. “They gave us two sorghum heads full of seed,” said Mr. Kleinman, “and now they in turn carry a South Sudanese variety of ours.”

Every order taken in one of these places means that more genetics have more opportunities to grow and express themselves – to adapt and evolve.

“Seeds have almost infinite potential,” Mr. Kleinman recently posted on the @experimentalfarmnetwork Instagram. “They have brought us to this day and they will take us to the next.”

Margaret Roach is the creator of the website and podcast A way to garden, and a book of the same name.