Pongal 2022: How Lord Shiva’s Bull Delivered Opposite Message Was Cursed 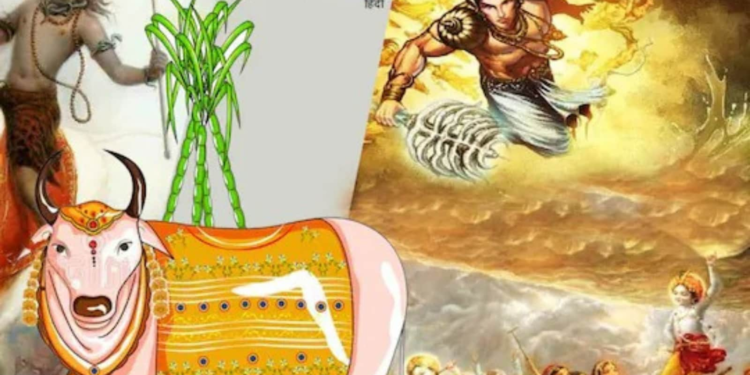 Pongal is one of the most important festivals celebrated in the southern states of India. The harvest festival begins on the first day of the Tamil month of Thai, hence it is also known as Thai Pongal. The four-day festival will be celebrated this year from January 13 to 17.

The main festival is celebrated on Pratipada of the Pause month because around that time the fields are ripe with abundant crops and hence the farmers celebrate the festival with great enthusiasm. Pongal is celebrated to thank the sun god, rain, the farm animals and people who support agriculture. The tradition is no less than 2000 years old.

There are few mythological stories associated with the celebration of Pongal. The two most popular legends of ‘Pongal’ are linked to Lord Shiva and Lord Indra.

According to legend, Lord Shiva once sent his bull, Basava, to earth to deliver a message. He asked him to go to Earth and ask mortals to bathe in oil every day and eat food only once a month. Meanwhile, Basava accidentally conveyed the opposite.

Lord Shankar was so angry that he cursed that bull and forbade it to live on earth forever and help the farmers plow the fields to produce more food. So saying, the bull was banished from Kailash, and the oxen have been used for farming ever since.

According to another story, Lord Indra and Lord Krishna are also associated with the festival.

The story started when Lord Krishna, during his childhood, decided to humiliate Lord Indra who is known as the arrogant king of all gods. After this, Krishna asked all the cowherds of the village to stop worshiping Lord Indra. Annoyed, he sent his clouds for three consecutive days to rain with thunderstorms.

The village soon flooded and in order to save all living beings, Lord Krishna lifted the mountain Govardhan with his little finger, to save everyone.

At that moment Indra realized his mistake and understood the power of Lord Krishna. After this incident, Lord Krishna asked Vishwakarma to resettle Dwarka. Dwarka settled again and the cowherds started farming their cows.