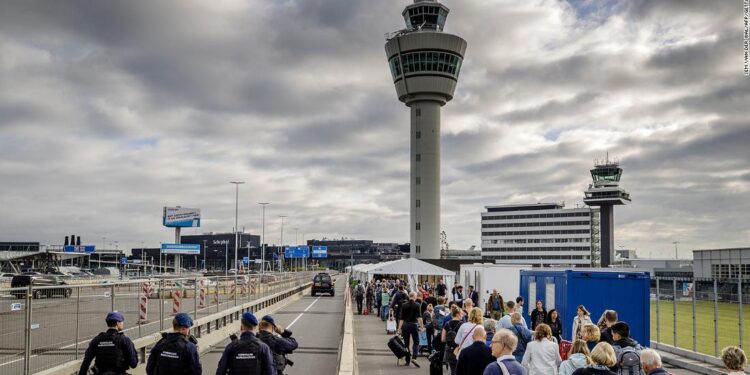 
(DailyExpertNews) — Amsterdam Schiphol Airport, one of the busiest in Europe, announced plans on Thursday to limit the number of travelers departing from the airport until early 2023.

The airport says it has taken the decision in consultation with airlines, “who are not happy with it”, Schiphol said in a press release.

Caps are expected to be extended until the end of March, although Schiphol said it would look again at the situation towards the end of the year to see “if more is possible from the end of January”.

Schiphol has made this choice to provide travelers with a reliable travel experience and predictability and stability for airlines. “At the same time, the airport is working hard to improve security capacity.”

The airport said it is working with security companies and unions to improve the situation, citing the challenges of a tight labor market.

“It’s something to be realistic about,” Hanne Buis, COO of Royal Schiphol Group, said in a statement. “That is why it will only become clear later this year whether more is possible after January.”

The press release did not provide a number for the capacity constraints. It said slot coordinators would work with airlines to meet the airport’s capacity requirements.

One of the world’s busiest airports

A passenger cap was first introduced at the airport in June, with Schiphol blaming higher-than-expected travel demand and a tight labor market leaving too few employees to cope.

In September, the number of passengers leaving the airport was capped at 67,500, the airport said in a statement. That number was increased to 69,500 a day in October.