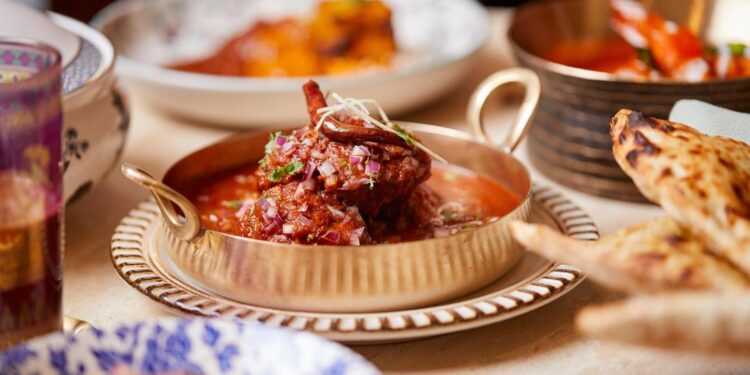 (DailyExpertNews) — Hong Kong is widely regarded as one of the most challenging cities in the world to operate a restaurant – a seething cauldron of changing flavors, razor-sharp competition and unsavory economy.

At the heart of the culinary world, with connections to at least half of the most popular tables, is publicist Geoffrey Wu.

Wu and his 10-year consulting firm The Forks and Spoons have partnered with some of the most decorated restaurants and bars in the city, such as the two-Michelin-starred TATE Dining Room and Ando, ​​one of the most sought-after reservations in the city. .

Geoffrey Wu is the publicist behind many of the toughest tables in Hong Kong.

“I wouldn’t say we’re better at our jobs than other people. I’d say we’re different,” he tells DailyExpertNews Travel at The Baker and The Bottleman, a new casual bakery and natural wine bar from famed British chef. chef Simon Rogan, where he has agreed to release some secrets of Hong Kong’s food scene.

After being expelled from the University of Science and Technology in Hong Kong for “skipping too many classes to play cards at McDonald’s”, Wu joined Amber, the famous French restaurant headed by Richard Ekkebus, in 2005 as an operational staff. .

In the following years, he took on various marketing roles for various companies, but always came back to the food and beverage industry. In 2012, he opened his F&B consultancy.

Wu is not your typical food and drink publicist. He is not sympathetic. He is known for occasionally yelling at customers for making a mistake, or at members of the media who he believes have not done their research.

“I’m not afraid to speak my mind – people certainly know that. Sometimes you need an advisor who is clear about things that need to be resolved. We are not here to massage your ego. We are here for the results. here to win,” says Wu, sounds more like a football coach than a PR professional.

“If I wanted to please everyone, I would start selling ice cream. Fortunately, most of my customers understand.”

Among these customers is Yenn Wong, founder and chief executive officer of JIA, a restaurant group behind popular award-winning Hong Kong eateries such as Mono and Duddell’s.

“The Forks and Spoons understand and personalize the needs of each concept and are always very current with the relevant strategies to ensure that we as customers get the most exposure to our target audience, ultimately leading to positive revenue growth,” Wong said. DailyExpertNews Travel.

‘The most cutthroat F&B market in the world’

One of the important duties of an F&B publicist is to be physically present in a restaurant, Wu said. He is either tinkering with menus, tasting new dishes or simply meeting customers.

It could be anything from translating the restaurant’s a la carte menu from Chinese to English to working with chefs in choosing dishes for a tasting menu,” so you can see what’s happening and let the staff know you care,” Wu says.

Later that day, for example, he says he’s having a tasting lunch at Bluhouse, a new casual Italian dining concept at the Rosewood Hotel in Kowloon.

“In a tasting, we look at everything – taste, presentation and temperature of the food. We also look at furniture, service, pricing, etc,” he says. “No new restaurant is ever perfect, but let’s try to minimize the error.

“We’ve only worked with clients in Asia – Hong Kong, Macao, Maldives, etc. – but I truly believe Hong Kong is the most cutthroat food and drink market in the world.”

His claim is not without foundation.

Getting the right opening is essential in Hong Kong because of its competitiveness.

The city is often cited as the world’s most expensive rental location. And Hong Kong residents are some of — if not the — biggest spenders on dining out, especially pre-Covid. Food imports are extremely expensive.

“People are always talking. Hong Kong customers are also very knowledgeable. If you don’t do it right from the start, you have to innovate a lot of things. The question is, will the customers give you a second chance? There are so many choices that the chances are they would go elsewhere.

“So to build a successful restaurant, it’s important to make sure the opening is strong. With good word of mouth, businesses will come. It’s that simple.”

Example: Bluhouse. It open in June and dinner reservations are full through October and November at the time of writing.

Chefs have a bigger role than ever

Hong Kong’s F&B industry has evolved rapidly over the past decade, thanks in part to the advent of the Michelin Guide in 2009 and the rise of social media and the local food community.

Chefs in Hong Kong have experienced a shift in their roles.

“About 20 years ago, chefs usually cooked and served food on their own,” Wu says.

“In 2022, there will also be such a thing as relationship building. Chefs have to show their faces. They have to touch the tables and take pictures with guests. A chef’s job is much bigger than before. back to a need for human connection. Customers, media, influencers, bloggers – everyone wants to have a human connection.”

And it’s just good business – diners are more likely to return to a restaurant where they’ve built a relationship with the chef.

The problem, of course, is that chatting with guests doesn’t come naturally to all chefs. That’s where Wu comes in.

As a success story he mentions Manav Tuli of the modern Indian restaurant Chaat – which is also located on the Rosewood. Chaat opened its doors in 2020 and won its first Michelin star two years later.

Unique dishes such as Tuli’s breathtaking tandoori lobster – Indian food with a touch of Hong Kong seafood – and a team of knowledgeable staff who beautifully communicate the stories of the food are some of the reasons why Chaat is one of the hardest to book restaurants in Hong Kong Kong is.

Tables are released two months in advance and swept up in minutes.

But Chaat’s biggest star is Tuli, who is currently considered one of the city’s most beloved culinary figures.

“When he arrived two years ago, he didn’t know the landscape or the culture of Hong Kong,” Wu says. “He’s a quiet person, but we fit together in a way because we both have a drive. For him, moving his family to Hong Kong with him, he wants to make this a success. So we’ve been working since day one closely on that,” Wu said.

He encouraged Tuli to meet the guests and fellow chefs, accompanying him at events and meals as the chef built a name for himself.

Cold calling is not building a relationship

On his days off, Wu hosts luncheons for media including respected industry critics and chefs with whom he collaborates or could work in the future.

These often take place in locations Wu doesn’t work for, from Hop Sze, a no-nonsense Cantonese restaurant with a six-month waiting list, to the Forum Restaurant, a three-Michelin-star Chinese restaurant.

“I worked until 4 am” [this morning]. I only joined because Geoffrey Wu arranged this lunch,” a food critic tells DailyExpertNews Travel as he enters the private dining room in Forum.

The menu of the day features all sorts of dishes – from street food-style rice rolls to classic Cantonese sweet and sour pork and the restaurant’s famous braised abalone.

As with most Wu lunches, there is also a surprise off the menu.

Adam Wong, the head chef, and CK Poon, the general manager, enter with a pushcart at the end of the meal.

“We’re thinking about adding this to the next menu update,” Poon says as he caramelizes sugar on the spot for the candied apple fritter (ba si apple), a Northern Chinese-style dessert. to do this — so let us know what you think.”

The five-hour lunch concludes with industry gossip about bottles of brandy.

He peppers meetings with possible collaboration ideas (Tuli and Wong exchanged ideas that day about an arrangement between the two restaurants), filling in moments of silence with jokes to keep the meal entertaining.

Taste is king, but that’s not all

Wu recently teamed up with Yong Fu, an award-winning high-end restaurant in Ningbo, to refine the menu for local tastes.

In the end, connections don’t get you very far if the food isn’t good or the restaurant refuses to evolve.

“Taste doesn’t lie,” Wu says. “But everything — restaurants, bars, chefs — has an expiration date. It’s impossible to be number one forever. You have to keep coming up with new ideas to keep improving the restaurant.”

It could involve more shifts at the table, educating guests about the dishes, or simply adding a pre-dessert bite that clears the palate, he says.

One of Wu’s last tasks is to edit the menu at one of his new clients, Yong Fu, a Michelin-starred restaurant specializing in high-end cuisine from China’s east coast, Ningbo region.

He wants to trim the original one inch thick book and has created a tasting menu to provide a more curated ordering experience.

In Hong Kong, Ningbo cuisine is often confused with Shanghai cuisine. That’s why Wu teamed up with Yong Fu to create a tasting menu for the local diners.

Yu Qiong, the manager of Yong Fu, is there to provide an in-depth explanation of each of the dishes.

“These are some of the things that will enrich the entire dining experience,” Wu says. He compares marketing restaurants to running: “Keep refining. Keep pushing. My belief is, don’t stop until you get to the finish line.”

It’s an apt metaphor. The avid runner wakes up at 5:45 am most days to exercise.

“I enjoy Hong Kong on quiet mornings when the city isn’t awake yet. When you run, you see a lot of things and you think about a lot of things,” Wu says.

What was he thinking about that morning?