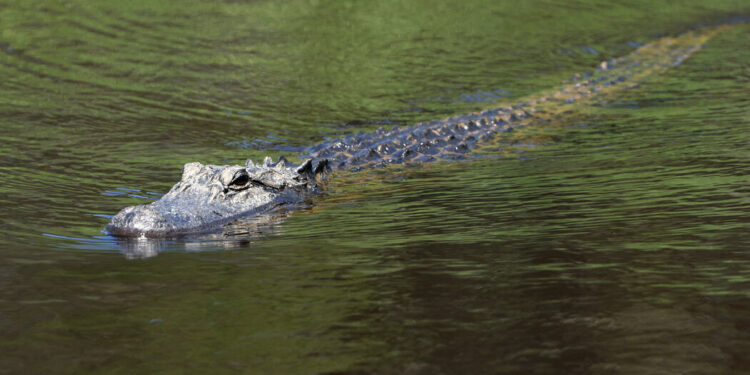 The body of an 88-year-old woman killed by an alligator was discovered Monday in a pond in a gated community near Hilton Head Island, SC, officials said. It was at least the fourth deadly alligator attack in the United States so far this year.

Officials identified the woman as Nancy A. Becker, a resident of Sun City Hilton Head, who they say was gardening near the pond and slipped into the water, where she was attacked by the alligator. The alligator, a 9-foot, 8-inch male, was later captured, removed from the pond and euthanized, officials said.

The pond in which the body was found is surrounded by houses on all sides, Major Viens said, pointing out that it was the second alligator attack in the gated community in five years. The first was not fatal, she added.

“Alligator attacks are rare, but not surprising,” Major Viens said of the area.

Fatal alligator attacks are rare in the United States. The latter was at least the fourth in the United States since May and the second this year in South Carolina. An 80-year-old woman was killed by two alligators in Englewood, Florida, in July; a man who retrieved Frisbees from a lake in Largo, Florida, was murdered in May; and in June a man was killed after being dragged into a retention pond by an alligator in Myrtle Beach, SC

Officials said 18 alligator-related episodes and five deaths had been reported in South Carolina since 2000.

Jay Butfiloski, the furbearer and alligator program coordinator at the state’s Department of Natural Resources, said it had seen an “increased frequency” in alligator attacks in recent years, but “it’s still a pretty rare occurrence.”

He said the reports come amid an increase in building development and in the number of people moving into areas previously inhabited by alligators.

Alligators are more active at night, Mr. Butfiloski said, emerging around dusk. While the mating season around May and June brings an increase in their movement, alligators movement is mostly under waterways this time of year.

“Because they are cold-blooded animals, they regulate their body temperature as best they can based on the environment,” he said. “Early in the year, when the water is cooler, you often see them basking on the banks. When it gets really hot in the summer, they spend a lot of time underwater, where it’s cooler.”

“They are unlikely to leave the water to go after someone,” he said. “They won’t chase you down the fairway in these golf communities.”