Delta flew a plane from Heathrow to the US to deliver 1,000 pieces of stranded luggage. 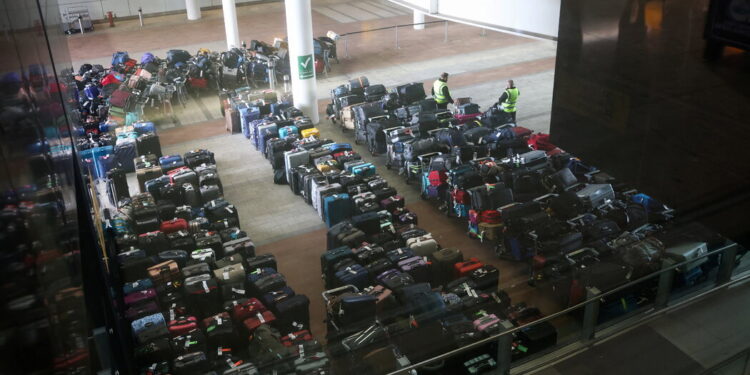 A Delta Air Lines plane full of luggage, but no passengers, flew from London’s Heathrow Airport to Detroit this week, a Delta spokesperson said Wednesday. The baggage belonged to Delta customers who had recently traveled through Heathrow and had been separated from their baggage due to travel disruptions.

Delta decided to ship the plane, an Airbus A330-200, to Detroit Monday to deliver 1,000 pieces of stranded baggage, and from there the airline shipped them to their owners in the United States “to speed up the movement of delayed baggage.” Morgan said. Durrant, the Delta spokesperson, described the move as a “creative solution.”

It was a chaotic summer for travel. Staff shortages, the pandemic and high demand from travelers have resulted in dozens of canceled and delayed flights. Some of the worst problems occurred over the weekend of July 4, with more than 1,400 flight cancellations to, within or from the United States from that Friday through Sunday, according to FlightAware.

It is very chaotic at Heathrow Airport. A malfunction in the baggage system there last month caused even more flight cancellations. And on Tuesday, the airport announced that due to limited capacity, it would limit the number of departing passengers until mid-September and called on the airlines to limit ticket sales.

David Elges, 56, was among the passengers who lost luggage after flying to Washington Dulles International Airport via Heathrow last Thursday. Over the past week, he said, he’s woken up early several times to call Delta about his missing bags: two large suitcases and two garment bags. A customer service representative told him on Monday that Delta would send a plane from Heathrow to return lost luggage to the United States, he said, but he didn’t know yet if his bags were on that plane.

Despite widespread inconveniences and rising prices due to inflation, consumer demand for travel remains robust for now. Delta Air Lines reported quarterly profit of $735 million on Wednesday and expects demand to continue strong into the fall.