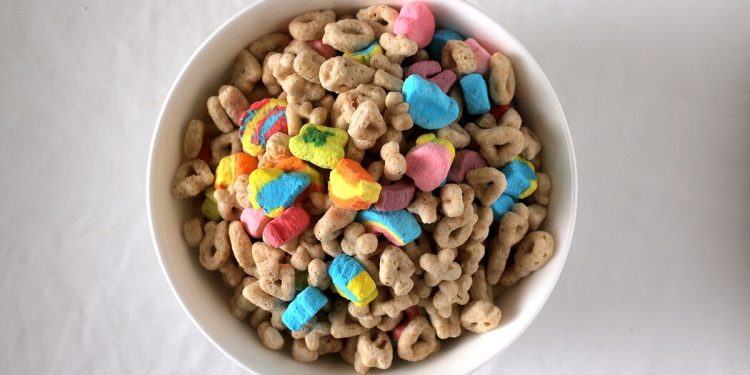 The Food and Drug Administration said Monday it was investigating reports that thousands of people had become ill after eating Lucky Charms, the frosted toasted oat cereal with marshmallows marketed as “magically delicious.”

The investigation comes after more than 3,000 people who said they were sick after eating Lucky Charms submitted reports to iwaspoisoned.com, a site where consumers can share reports of illnesses they suspect are related to food products. Several reports on the site detailed bouts of diarrhea, nausea, stomach pain and vomiting after consumption.

The FDA said in a statement Monday that it had received more than 100 entries related to Lucky Charms through its proprietary adverse reaction and product complaint reporting system this year.

“The FDA takes seriously all reports of potential adulteration of a food that may also cause illness or injury,” the agency said.

Andrea Williamson, a spokeswoman for General Mills, which makes the breakfast cereal, said in a statement Monday that internal investigations “didn’t find any evidence of a consumer illness linked to the consumption of Lucky Charms.”

“Food safety is our top priority,” she says. “We encourage consumers to share any concerns directly with General Mills to ensure they can be addressed appropriately.”

Cornflakes Twitter account shared a similar post, responding to reports from consumers who said they had become ill after eating by saying internal investigations had found no evidence of a link.

Founded in 1964, Lucky Charms is a frosted, toasted oat cereal with marshmallow “charms” in the shape of hearts, stars, horseshoes, moons, clovers, unicorns, rainbows and balloons. Its mascot, Lucky, a leprechaun in a green hat and matching jacket, is known for his famous catchphrase in decades of television commercials that “frosted Lucky Charms” are “magically delicious.”