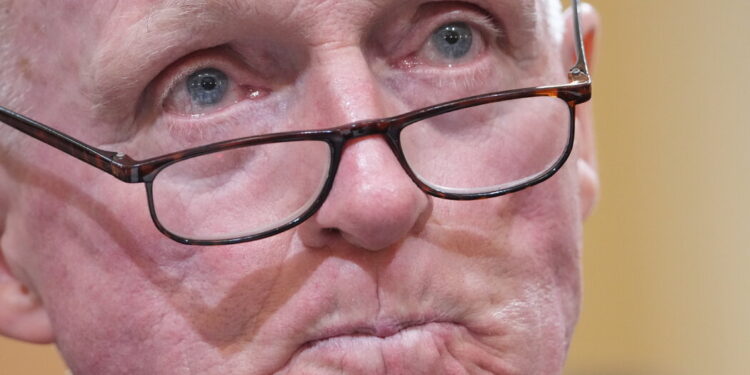 Mr Bowers again rejected the nudge, saying: “I have taken an oath – if I did, it would violate my oath to do what you do.”

Finally, he testified, there was a call from another Trump supporter, Representative Andy Biggs, Republican from Arizona, on the morning of Jan. 6, 2021, when the electoral college vote was to be confirmed by a joint session of Congress. Mr Biggs, he said, again urged him to undo the state certification of his voters for Mr Biden.

“We have no legal way” to “execute such a request,” Bowers recalls saying. He also recalled his reaction when he learned that Trump advisers were pushing ahead with a plan to push forward lists of “alternative” voters. “I was thinking of the book ‘The Gang That Couldn’t Shoot Straight,'” said Mr Bowers.

Mr Bowers’ personal diary contained a message in which he said: “I don’t want to be a winner by cheating. I will not play with laws to which I have sworn allegiance.” He was invited to read it in the testimony.

He was also asked for his response to a statement by Mr. Trump in which he pre-critiqued Mr Bowers’ testimony, in which he claimed that Mr Bowers had told him that the election was “rigged” and that he had won the state.

“I did have a meeting with the president,” Bowers said. “It certainly isn’t.”

Moments later, he said more emphatically: “Everywhere, everyone, always said I said the elections were rigged — that wouldn’t be true.”