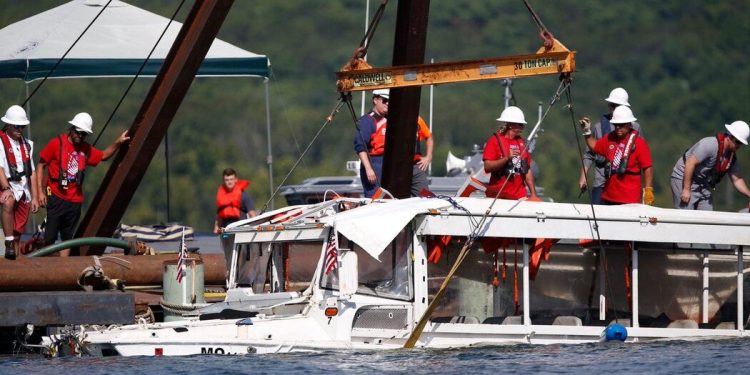 A Missouri judge Tuesday dismissed all charges against three tour boat company employees in a 2018 accident that killed 17 people near Branson, ruling that there was not enough evidence to back up the counts of involuntary manslaughter. and support endangering children.

In his decision, Judge Alan Blankenship of the Stone County Circuit Court wrote that prosecutors had failed to prove that the workers had committed crimes by taking the boat onto Table Rock Lake before powerful thunderstorms struck.

State and local prosecutors, who pursued the case together, argued at a preliminary hearing that the workers should not have been allowed to board the boat on the lake as bad weather approached and that, if they did, they should have let the passengers go. carry flotation devices, per Judge Blankenship’s decision.

But the judge wrote that prosecutors had not provided “sufficient evidence” to demonstrate the intent needed to prove the charges. Prosecutors, he wrote, would have had to show that the employees acted recklessly or knowingly despite the circumstances.

Chris Nuelle, a spokesman for the Missouri Attorney General’s office, said in a statement Tuesday that the office was “disappointed” with the court’s decision. He did not answer questions about why the judge allowed the prosecutors to file a new charge.

“Our office hopes to resubmit charges and continue this case,” he said.

Stone County prosecutor Matt Selby said he was also “disappointed” with the judge’s ruling, but that “in the next two or three days we will try to make a decision about what our next step will be, if something is already there.” †

Attorneys for the three employees — Kenneth Scott McKee, Charles Baltzell and Curtis Lanham — all said on Tuesday they respect the court’s decision.

“This is a terrible tragedy for everyone involved,” said Justin Johnston, Mr Baltzell’s attorney.

Attorneys for Mr. McKee, JR Hobbs and Marilyn B. Keller, and attorneys for Mr. Lanham, Thomas Bath and Tricia Bath, also said Tuesday that the accident had been a tragedy, but they did not consider it appropriate to comment further. to give.

The three employees were charged with a total of 63 criminal cases in July last year.

mr. McKee, 54, the captain; Mr Lanham, 39, the general manager; and Mr Baltzell, 79, the duty manager, were among the 31 people on the boat when it sank on July 19, 2018. An investigation by the National Transportation Safety Board found that workers took the boat, Stretch Duck 7, out into calm waters before winds picked up and heavy rain and lightning struck the region.

“In retrospect, it is clear that the defendants did not have enough weather information to estimate the threat of high winds,” Judge Blankenship wrote.

He said their company, Ride the Ducks Branson, had relied on a widely used online weather tool, Earth Networks, to check conditions for the tour and it had shown an approaching storm but no high winds.

Judge Blankenship wrote that the weather instrument and the workers’ view of the sky “probably gave the impression” that the boat could avoid the storm.

He also said there was no evidence that Mr McKee, the captain, who had 16 years of experience, had “an affirmative duty” to require passengers to carry flotation devices.

Ripley Entertainment, which acquired Ride the Ducks Branson in 2017, said in a statement Tuesday that it had cooperated with all investigations into the accident and that it would “continue to support our current and former employees.”

A federal judge dismissed charges of neglect and misconduct against the three employees in December 2020.

Among the 17 people who died were children and a family of nine. The boat sank 25 feet underwater as onlookers heard people screaming and watched the boat being swamped by the rising waves. It was one of the deadliest tour boat accidents in US history. 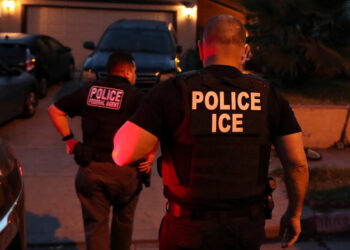