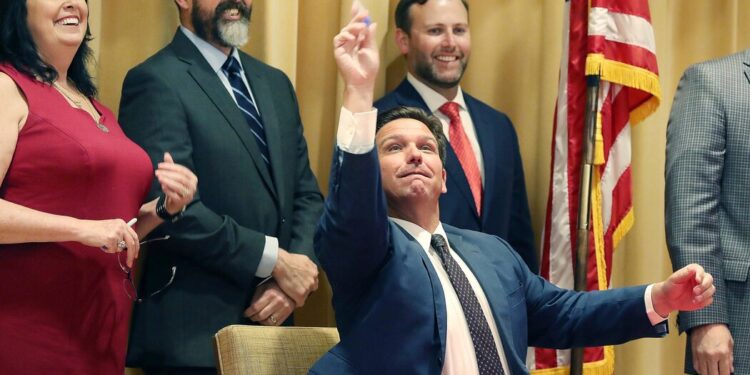 Of the more than 300 likely Republican primary voters, 37 percent said they wanted Mr. Trump to be the party’s next presidential candidate, compared with 39 percent who said they would support Mr. DeSantis, within the margin of error of 5.5 percent for that question. Mr Trump is now “statistically linked” to Mr DeSantis, the poll shows.

That’s a significant change from October, when a Granite State Poll found that Mr. Trump had the support of 43 percent of likely Republican voters; Mr. DeSantis was at 18 percent.

But Andrew Smith, the director of the University of New Hampshire Survey Center, which conducted the poll, warned there was still plenty of time before the 2024 presidential cycle: “It’s summer. We haven’t even had the midterm elections yet.”

The tightening between Mr Trump and Mr DeSantis is “part of a quintessential pattern,” Mr Smith said in a statement. “As the primary gets closer, new candidates come forward and attract more media attention, and therefore more voter attention, than the losing candidate from the previous election.”

The poll was held from June 16 to 20. It also showed that among more than 840 likely voters for 2024 general election, Mr. DeSantis was a stronger Republican challenger than Mr. Trump to run against President Biden in the next presidential election.

In a brief interview, Mr. Smith described Mr. Trump’s waning support as voters “drifting away from last year’s model to look at this year’s model.”