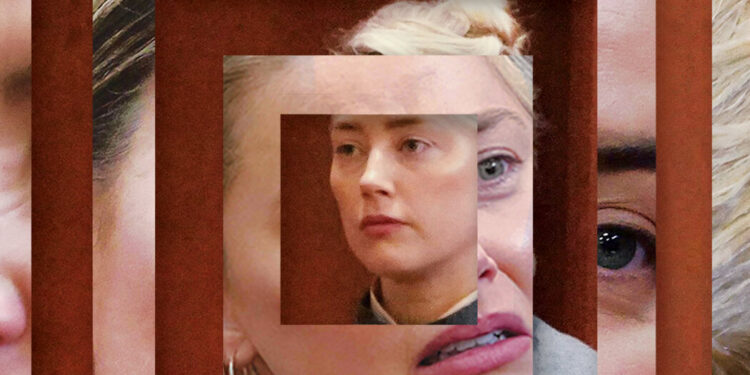 There’s something almost pornographic about the voyeurism involved, with a nod for every penchant: fame, beauty, drugs, extreme wealth, a private island, five penthouse apartments, feces left on a matrimonial bed, bloody messages on walls, even a outwardly by the most controversial man of the moment, billionaire Elon Musk, whom Ms. Heard briefly dated. As “Saturday Night Live” mocked it in a sketch last week, it’s “fun” to watch.

And honestly, why shouldn’t it be? Whether you believe Mrs. Heard or not, watching a woman be verbally abused in public has been popular entertainment since the Middle Ages. Somehow, Ms. Heard seems to have become a stand-in for every bad, lying woman who gets her due — alpha queens in high school, the girl who slept with your boyfriend or girlfriend, every manipulative ex. She’s Eve, she’s Medusa, she’s Lady Macbeth. She summons vampires and vampires, evil stepmothers, witches. As one Twitter user put it, she is an example of “toxic femininity” and a reason never to date younger women. Pass the popcorn.

All of this, of course, takes place against the backdrop of the very special cultural moment we are experiencing, in which a leaked draft Supreme Court opinion on abortion calls on a 17th-century British lawyer, Sir Matthew Hale, who chaired the actual witch trials and some of the most prominent #MeToo cases are in various states of disarray. This month, Mario Batali, one of several prominent restaurateurs charged with sexual misconduct – and the only one to face criminal charges – was found not guilty of groping a woman in a Boston bar. Comedian Bill Cosby has been released due to a legal loophole. There are rumors that the conviction of the film producer who started the entire #MeToo movement, Harvey Weinstein, could be overturned on appeal.

All around us it seems as if manipulative, lying women are being summoned: Anna Delvey and Elizabeth Holmes, each with dramatized retellings of their scams; “The Girl From Plainville,” about the Massachusetts teen who encouraged her boyfriend to commit suicide after, as the prosecutor in her case described it, “got her hooks in him”; even the dodgy, drunken “trainwreck” protagonists of shows like “The Woman in the House Across the Street From the Girl in the Window” and “The Flight Attendant.”

“We no longer have what Hester Prynne had, but we have a version of it,” said Gillian Silverman, a gender studies scholar and professor of English at the University of Colorado Denver, referring to the novel “The Scarlet Letter” from 1850, whose subject is ashamed of her adultery. “And that thing of putting women on some kind of podium to mock them, and let them take it for a while, feels pretty ancient.”

You could have thought – or at least I could have thought – that we would be in a more illuminated place now. And yet, despite the public reckonings of #MeToo and the recent re-examinations of pop culture figures — Britney Spears, Pamela Anderson, Janet Jackson and others — there’s little introspection about the widespread hatred of Ms. Heard.

This process appears to have exposed some of #MeToo’s rhetorical weaknesses. For example, “believe women” — a phrase meant to underline how rare it is for a woman to lie about her own abuse — had somehow morphed into “belief all women”, leaving no room for the outlier. That has apparently become, as comedian Chris Rock put it this week: “Believe all women… except Amber heard.”