opinion | Democrats, you can no longer ignore the culture wars 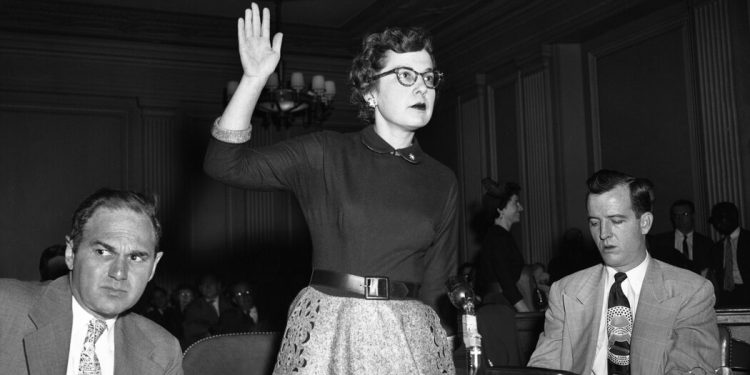 Without making a direct analogy between then and now, I think this perspective is helpful to keep in mind, as conservatives are once again pursuing a witch hunt against those they consider enemies of American society, using the state power they have at their disposal. have a turn. availabilty. Both the crusade against ‘critical race theory’ and the defamatory campaign against LGBT educators and education are about undermining important public goods (and stigmatizing those who support them) as well as sparking enthusiasm for the upcoming midterm elections. .

To be clear, this is no secret. Christopher Rufo, a right-wing provocateur who has sparked the panic against “critical race theory” as well as LGBTQ educators in schools, has openly said he hopes to destroy public education in the United States. “We are currently preparing a strategy to besiege the institutions,” he said in an interview with my colleague Michelle Goldberg last November. In a recent speech delivered to a conservative Hillsdale College audience, Rufo stated that “to have universal school choice, you really have to operate from a premise of universal mistrust of public school.”

Republican lawmakers are similarly open about why they sparked this panic: to dismantle public education for political and ideological reasons. Last year, Republicans in Michigan supported a bill that would cut school funding if educators taught “critical race theory,” “anti-American” ideas about race in the United States, or material from DailyExpertNews’s 1619 Project.

Earlier this month, Ohio Republicans introduced a bill banning any public, community, or private school (that accepts vouchers) in the state from teaching, using, or “any curriculum or instructional materials about sexual orientation or gender identity” in kindergarten through kindergarten. and to teach, use or provide with the third grade. In practice, schools should probably remove any books or materials related to LGBTQ issues. Teachers and school officials who violate the law, which mirrors a controversial Florida law that opponents call “Don’t Say Gay,” would be punished with an official admonition, “license suspension or license revocation,” depending on the “severity of the violation.” School districts could lose money themselves.

And speaking of Florida, Gov. Ron DeSantis signed a bill this week to make it more difficult in some cases for professors at public universities to get or keep an appointment, following on from other bills designed to expand the teaching of “critical race theory” and, as mentioned, to keep any recognition of LGBTQ gender identity out of the classroom. “We need to make sure the faculty is held accountable and make sure they don’t have tenure forever without some way of holding them accountable or evaluating what they’re doing,” DeSantis said at a news conference. Chris Sprowls, the Speaker of the House in Florida, drafted the legislation as a way to prevent “indoctrination” of students.