opinion | Fell overturning will disrupt much more than abortion. I can live with that. 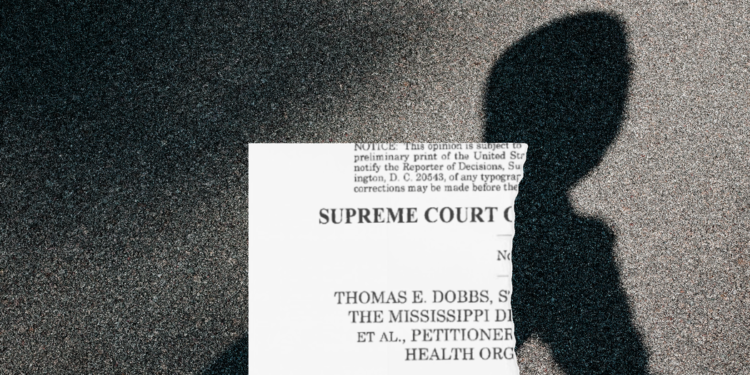 The scope of the problem is much broader than economics. Research over the years has suggested that an abortion-free America would lead to more single mothers and more teenage mothers born, more pressure on Medicaid and other welfare programs, higher crime rates, a less dynamic and flexible workforce, an increase in carbon emissions, lower student test scores and god knows what else. If you sincerely believe, as I do, that any abortion is the intentional killing of an innocent human being, is there a hypothetical threshold for negative growth, carbon dioxide levels, or employment rates, above which protecting that life would be too onerous?

For me the answer is no. This is why, while I consider it unlikely that there is (for example) a meaningful causal relationship between access to abortion and academic achievement, I believe that those who oppose abortion should not rule out the possibility that its prohibition may have repercussions. will have some of the other we would regret. To insist, as abortion opponents have often done, that economists John Donohue and Steven Levitt cannot be right about the correlation between Roe and reduced crime two decades later, seems to me an tacit concession that if they were right, our position on abortion may need to be changed.

For the same reason, opponents of abortion should commit to the most generous and humane provisions for mothers and children (paid family leave, generous child support, direct income subsidies for stay-at-home mothers, single health care) without Pollyanaish. Whatever we do, in a post-Roe world, many children who otherwise would not have been born will lead lives of utter misery, and many of our fellow Americans will be indifferent to their plight. If we are to dispel the pernicious argument that only happy lives are worth saving, we must be honest about the limits of social policy and private charity in regulating the murky ebb and flow of human misery.

In a 1959 letter to a friend, Flannery O’Connor complained that some members of the clergy, advocating the Catholic teaching on reproduction, felt the need to allay concerns about overpopulation. “I wish several dads would stop trying to defend it by saying the world can support 40 billion,” she wrote. “I will rejoice in the day when they say: This is right, whether we all rot on each other or not, dear children, as we certainly may.”

While the neo-Malthusian fears that inspired many observers in the latter half of the 20th century now seem unfounded, the wisdom should be seen in O’Connor’s cheerful admission that things could have turned out differently. What is right is very rarely what is useful.