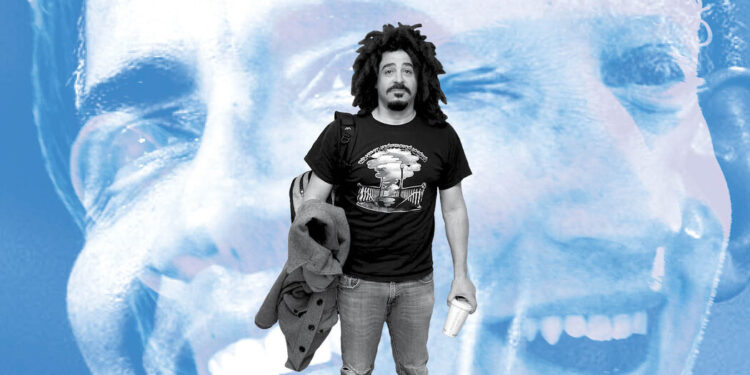 The top job in this country has gone from baby boomer Barack Obama to barely boomer Donald Trump to throwback Joe Biden, a member of the so-called Silent Generation. At this rate, the presidency can do the natural thing and skip Generation X altogether.

Wait, you might be wondering, would Gen Xers be in charge now?

And yet, after years of being outnumbered in the workforce by boomers (born between 1946 and 1964), Gen Xers has already been overtaken by another, larger cohort: millennials (born between 1981 and 1996). According to a Pew analysis of data from the U.S. Census Bureau, Gen Xers made up a majority of the U.S. workforce for just a few years — a brief period of dominance that ended in 2016.

Now if Gen Xers are bosses, they’re bosses only in a very Gen X way: ambivalent, volatile, and with questionable authority.

Here’s a refresher on Generation X’s wretchedness: Our parents were typically members of the Silent Generation, that cohort born between 1928 and 1945 — people shaped by the Great Depression and World War II, people who couldn’t choose what to eat and made sure their children didn’t either. Gen X’s parents believed in beatings and borderline benign neglect, unlike the rambunctious boomers and their luxurious offspring, the Millennial Horde.

Grubby Gen Xers were called the OG sleepers, which didn’t bode well for becoming the bosses of the future. It wasn’t our fault! I mean, usually not. Bit of a reality for Gen X because when we started entering the workforce around 1990, the economy was in a recession; the recovery that followed was slow.

These are broad strokes, of course, but as a former editor of the former American Demographics magazine, which specialized in generational generalizations, I believe there is some truth in the truth.

Once Gen Xers managed to land jobs, we were just humble hookers hanging by a thread, ready to be fired for working less than 80 hours that week, for not “performing” or simply because our boss gladly did. yelling and one of the things he liked to yell was “You’re fired.”

But we were also a generation that specialized in sucking it up. The emblem of contemporary pop culture for the Gen X manager is arguably Mark S., the unintentional and hapless leader of a small and irritable group of employees on the TV series “Severance.” Mark, as embodied by the ur-gen Xer Adam Scott, is simultaneously thwarted by his staffers and led by the manager one rank above him, always subject to the strict statutes of an indifferent corporation.

utilities that is a Gen X boss.

“We Gen Xers don’t feel like we’re in charge,” Meagan Johnson, who talks generational differences with companies like Merck and Cisco, told me. “We’ve just kind of forgotten.”

Fittingly, by the time Gen Xers got a shot at the top job, being in charge wasn’t as appealing as it used to be. Consider the two most culturally influential leadership styles for Gen X women as they rose the ranks: Sheryl Sandberg’s demonic “leaning” (until you fall over) and Sophia Amoruso’s odious #Girlboss approach, which had the added drawback of a hashtag. A unironic hash.

Of course, both sections are now defunct.

The Great Resignation or Great Reshuffle or whatever we call it this week can also be the worst time to take charge. According to Microsoft’s Work Trend Index, 54 percent of managers say leadership doesn’t match employee expectations, and 74 percent of managers say they don’t have the leverage or resources they need to drive change for their team. Their employees are either home or wish they were home.

Or wish they were gone. According to an October 2021 survey, 46 percent of millennials planned to quit their job within the year. Who can blame them? Employees say they are working harder and longer than ever.

Getting worse. More than half of Gen Z hybrid workers (born 1997 to 2012) say they are moving to a new location because they can work remotely — possibly somewhere their bosses may never be able to get them back from. A recent report in The Times makes it clear that Gen Z is in charge when it comes to recruitment and retention.

In short, Gen X bosses work for their employees, not the other way around.

It would be a shame if Gen X shrugged off this seemingly inevitable outcome. We were probably never meant to be in charge. Baby boomers and millennials have always had a subtle sense of how important they are. Gen Xers have no such illusion. Temperamentally willing to be criticized and undermined at all times, we never fully trusted those responsible anyway.