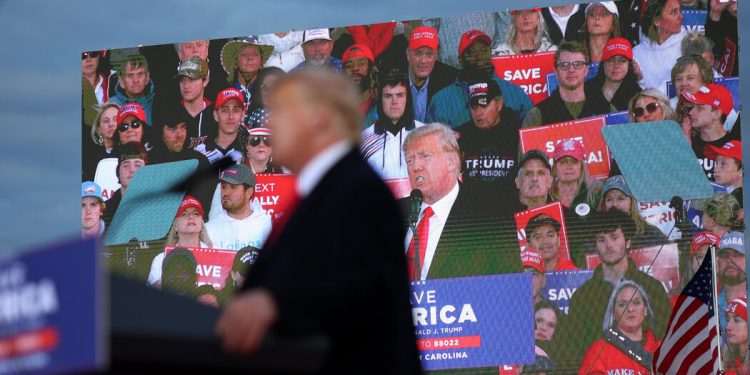 Bret Stephens: Hi, Gail. I was moved by Ketanji Brown Jackson’s comments last week after her Senate confirmation: “In my family, it only took one generation to go from segregation to the Supreme Court.” What a resounding confirmation of what is possible in the United States. And how depressing that only three Republican senators could bring themselves to vote for her, if only on the principle that every president deserves to get qualified nominees. What happened to recognizing the possibility that we can respect and admire people with whom we also disagree?

Gail Collins: Bret, every time we talk, I experience that.

gail: But you know what our politics has become. There are many people responsible for the death of the bipartisan judicial selection, but I will never forget that Mitch McConnell refused to put multiple Barack Obama nominees to a vote.

Bret: I’ll resist the temptation to dwell on Harry Reid’s filibustering of George W. Bush’s nominees. The bigger question is how do we proceed. I don’t think we can survive as a republic if no president of either party can even appoint judges or staff the executive unless he also has a majority in the Senate. Your thoughts?

gail: I tend to resist the predictions that we can’t survive – after all, we survived a lot.

Bret: Good point. We have beaten Germany twice. What is a Ted Cruz, more or less?

gail: But this kind of perpetual partiality is certainly not good for the country. I think the world will look to Alaska to see how the general public reacts. Of the three Senate Republicans who voted to confirm Judge Jackson, Lisa Murkowski is the only one to run for re-election this year.

Bret: Murkowski also faces a primary challenge from a Donald Trump-backed Republican opponent, meaning she showed real political courage by voting for Jackson. More could be said of a bunch of GOP senators who are retiring at the end of the year and could have usefully demonstrated some principle and independence.

gail: Murkowski aside, I suspect the Republican candidates will take a general Trumpist line this fall, which will make matters worse. Do you disagree?

Bret: Not clear yet. Our colleagues on the news side, Shane Goldmacher and Jonathan Martin, reported last month that some of the top candidates Trump originally elected — such as Alabama Senate candidate Mo Brooks and Georgia governor David Perdue — are not doing well in the polls. Trump is also going to sabotage Republican incumbent officials in the governor’s office, such as Doug Ducey in Arizona and Pete Ricketts in Nebraska, by opposing their favorite candidates, or at least those they don’t like. If anything, Trump could prove to be the Democrats’ secret weapon this fall by dividing his party or backing candidates who can’t win in the general election. For example, Jon Ossoff and Raphael Warnock were able to win their Georgia Senate races last time.

gail: I noticed Trump went ahead and withdrew his support for Brooks, claiming he was outraged that Brooks said it was time to stop obsessing over the 2020 election and move on.

Bret: Trump is like John Cleese’s Basil Fawlty character from ‘Fawlty Towers’, except in reverse: You should call the war. Or at least the ‘stolen elections’.

gail: Still, I bet Trump could have overlooked it if Brooks wasn’t also far behind in the polls.

Bret: We will see. Right now, the general poll is leaning towards Republican, but it could change if the Supreme Court votes to overthrow Roe v. Wade. Things could change even further if Ukraine manages to defeat Russia with US aid. What else do the Democrats need?

gail: The Democrats must look for ways to make the country better. One is cutting health care costs, including tackling waste and increasing government funding for expensive drugs like insulin. Another is to reduce the deficit with a tax on the very rich.

Bret: The administration seems to be taking your advice on both counts, although I’m not sure it will help them that much in November. I’d like to see them ahead of some of the looming increases that would favor the GOP: the projected surge in migrants at the border, the big rise in the cost of living and the next Covid peak. The latter is actually linked to the former: The government can help moderate Democrats by extending something called Title 42 to expedite the eviction of migrants as a health emergency measure. As for inflation, how about a VAT vacation for supplies and other basic goods for the next 12 months?

gail: Here’s a proposed deal: a tax vacation for the grassroots coupled with a tax hike for the rich.

Bret: I’m always against tax increases, but that’s not the worst bargain. What about the immigration issue? The board does not seem to know its own mind, according to a fascinating piece from last weekend in The Times.

gail: Another way to think about it is that the administration knows there is no right answer. Any immigration policy is going to be unpopular on one side or the other — except for President Biden’s much-appreciated stop on building that stupid Trump wall.

Bret: A wall needs to be built that I have been reluctant to run into, even as we do more to increase legal immigration.

gail: Oh wow, Bret, you went to the wall! Better than going over the wall, I guess, but still…

Bret: Bet some of our readers are thinking, “Both things are possible.”

A wall doesn’t stop people from coming here legally and then going over their visa. But it will save some of the most vulnerable migrants from taking dire risks to cross the border, while denying right-wing nativists one of their most powerful political issues.

gail: And serve as a great symbol to the rest of the world that the days when we celebrated our country as a nation of immigrants are long gone. sigh.

Bret: We are and must remain a nation of immigrants. Just arrived legally.

gail: It is certainly important not to encourage illegal immigration. But it’s just as important – actually more important – to increase the number of immigrants that we bring into the country. Given the very low birth rate in America, we must attract all the willing workers.

Bret: Totally agree with this. Countries that stagnate demographically will eventually stagnate economically. Our Spanish population is incredibly talented, energetic and diverse; we have plenty of room to grow; and we are blessed to have Mexico – the country I grew up in – as a neighbor. Anyone who doubts me on this point must ask themselves what it is like for Ukraine to have Russia as a neighbor.

gail: No problem there, but there’s a giant leap from a commitment to legal, compassionate immigration and—oh, Lord—that wall. Sorry, still confused. Let’s move on.

Bret: The other big domestic story last week was the Justice Department’s failure to win its case against four men charged with conspiracy to kidnap Michigan Governor Gretchen Whitmer. What do you make of it?

gail: Basically you have a bunch of dumb right-wing guys venting about Governor Whitmer’s Covid restrictions and talking about her kidnapping. And a sincere question as to whether they would have done anything at lunch at Buffalo Wild Wings other than take a stance if an FBI informant hadn’t become one of their leaders.

Bret: It’s a fine line between, er, entrapment and hate, to adapt an old text.

gail: Things like this always beg the question of how far our investigators can go in uncovering anti-government lunatics. Imagine what it’s like to spend months – sometimes years! — pretending to be best buddies with paranoid idiots.

Bret: My wife and children know the feeling.

gail: Sooner or later, you might be tempted to push things through — and then maybe create a crime that never would have happened otherwise.

I’m no expert on this case, but I appreciate how careful the country has to be in overseeing law enforcement.

Any final thoughts on your side?

Bret: Given how much attention this case has received, it is a black eye for the government and especially the FBI. Forcing foolish people into potentially criminal behavior and then prosecuting them for it in a highly politicized way is the kind of thing that the very nature of conspiracy thinks these people were prey to in the first place.

gail: Meanwhile, I’m a little obsessed with what would happen if Russian psycho-hackers managed to find a way to take our power grid offline. When I imagine what that would be like, I get the chills I got as a kid in Catholic school when the nuns spent hours warning us that the end of the world could come any day. Then we had to go home and practice with our parents in the basement to hide.

Bret: The good news is that the Russians haven’t even managed to shut down the power grid in Ukraine, so they may have a harder time against us. Maybe the end of the world is not near after all? 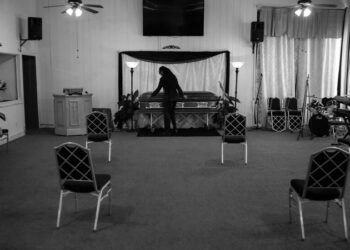